An exciting show with poetry, music from Ablaye and Wayne Lavallee and even some Yoruba spoken. Our first call in from Nigeria-the heading Live from Canada and Nigeria! 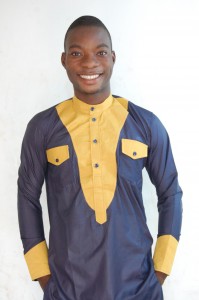 “Timileyin Gabriel Olajuwon (Torm Gardson}, popularly referred to as TGO, is a young Nigerian poet and a literary critic with remarkable writer-qualities.
Gabriel is an international multi-award winner; He was awarded the title of World Poetry Ambassador to Nigeria {Canada} in 2013 and nominated as one of the Inspirational Poets of the Year 2013 by World Friendship Celebration (Pentasi B) in the Philippines. He won the Write Share Be Read Second International Poetry Competition with his poem “REMEMBER O’YE GODS”; as one of the Top Five Poets in category A and his poem was published in First Female (A popular United Kingdom online Magazine) 2013. 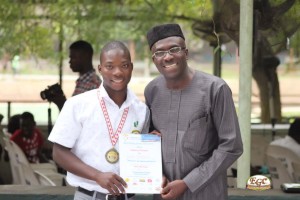 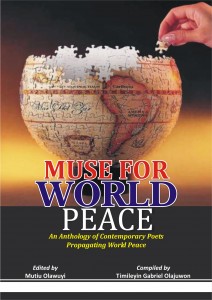 Most of his works have been featured in series of international anthologies and journals. He is the brain behind Muse for World Peace Anthology (An anthology of contemporary poets propagating peace) and He is a published author with his first book entitle ‘ CALL FOR RETREAT’”

Timileyin is one of four poets featured as a UBC Peace Gift Poem  of which 800 will be available to the public during the World Poetry Peace and Human Rights Exhibition at the University of British Columbia, February 3-March 30th, 2016.

“The end of a war

Is the beginning of another war..”

From forced famine and fighting

Across, to the sea of hope,

trending upon thorns and pebbles.

Chants from the depth of our hearts.

While the land retreats over our fate,

We hide by the sea side, in order not to be late.

Where does a runner go

Whose baton is handled by the merciless ones?

They that bring home a dance,

But who is to dance it for us?

Should we call on our deceased fathers,

Whose skull were hung on the roof of our tattered hut?

Or should we place a call to our spirit mothers,

Whose blood were made as sacrifice for the unborn?

The brave one in battle is no where in sight,

They have faded away in the dimmed light,

Now let us alone, to suffer the rising plights.

By the sea side

Can we regain our ascribed right?

To be late, could it had better be a great price

If our spirit will not be revived at Niger – area?

The war has ended

But the war still lives with us!