Ariadne’s Notes:
The World Poetry Café Radio Show  with Ariadne Sawyer, host and producer, co-host Neall Ryon, engineer Victor Shwartzman and volunteer Sharon Rowe, proudly presented a strong panel on racism  and the need for cultures standing together, on July 28, 1-2 PM on CFRO 100.5 pm  and offered  personal stories and solutions for change.  Also mentioned was the  powerful  upcoming book  Conflict is not Abuse by Sarah Shulman which will be published in October by Arsenal Pulp Press. 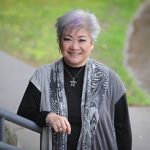 Representative for public service alliance of Canada BC regional workers of colour. Jennifer Chieh Ho is of ethnic Chinese background, born and raised in Brunei Darussalam, North West Borneo in South East Asia. She immigrated to Canada in 1988 with her family.

Jennifer has been a strong union activist for a number of years and empowers members in her community and union. In 2011, she was elected the first racialized Regional Vice President for BC and Yukon in the Union of National Employees of Public Service Alliance of Canada. Then in 2014, she was re elected by acclamation of the same title for the 2014 – 2017 mandate.

Jennifer is the Representative for racialized workers for two labour organisations; The BC Federation of Labour and the Public Service Alliance of Canada.

As a leader of the racialized equity group, Jennifer fights discrimination, mentors and builds networks of potential leaders from democratic grassroots and pushes for inclusion and fairness in the workplace.

Jennifer`s principle is “Go with your heart and respect“.

Lorene Oikawa is an activist who speaks and writes on a range of topics including women in leadership, human rights, and social media. She is the President of the Greater Vancouver Japanese Canadian Citizens’ Association. She is the founder of the Asian Canadian Labour Alliance in BC. She is a director on the board of the Canadian Labour International Film Festival. She was the first Asian Canadian Executive Vice President for the BC Government and Services Employees’ Union and served from 2005-2014. Lorene is a fourth generation British Columbian whose family migrated from Japan in the 1800’s and 1906.

Added information and links: “We will be launching the Hastings Park 1942 website that will include more stories and photos about Japanese Canadians imprisoned there in 1942. The signs are on permanent display in Hastings Park.” Here is the link for The Greater Vancouver Japanese Canadian Citizens’ Association: http://www.gvjcca.org/ 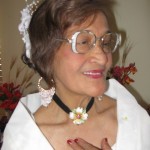 Anita Aguirre Nieveras, Life Time Achievement Award Winner, WP Ambassador to the Philippines, she is   educator, poet writer and humanitarian, Anita came from the Philippines a number of years ago and through personal experience has dealt with racism on various levels. She brings her experiences and wisdom to this panel.