May 11, 1-2 pm  featured a fascinating  interview by Victor Schwartzman of the book from Nepal, “Kathmandu Days” by Chandra Bhatt. The publisher is Niyogi Books India. Well worth listening and reading! 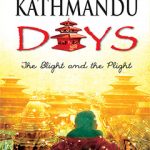 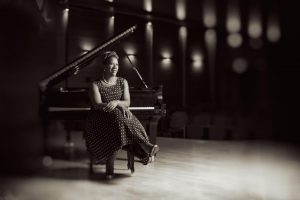 A call in  from Boston  ( courtesy of Braitwaite and Katz)  at 1:40 pm, PST from Patrice Williamson with her new CD: Comes Love, a lovely CD featuring her silky voice . April 25, 2017 will marked the 100th anniversary of an event that would have a profound impact on jazz and American song: the birth of Ella Fitzgerald. While the centennial of the First Lady of Song will doubtlessly be celebrated in myriad forms, few will prove as heartfelt or sincere – or as long in gestation – as Comes Love, the new album by Boston-based jazz vocalist Patrice Williamson. For the occasion, Williamson teamed up with guitarist and fellow Berklee College of Music faculty member Jon Wheatley for a set that pays particular homage to Fitzgerald’s landmark duo with guitar great Joe Pass. 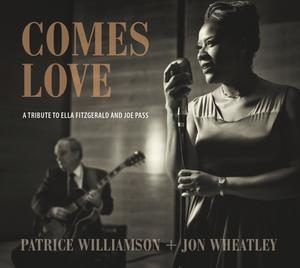 Due for release on Ella’s birthday, April 25, on Williamson’s own Riverlily Records and produced by pianist/composer Helen Sung, Comes Love features a dozen Songbook classics originally either recorded by Fitzgerald and Pass on one of their four studio albums or performed live by the duo during the course of their notable collaboration. Williamson and Wheatley never resort to sheer imitation (not that such a thing would even be possible given their two inimitable models), but instead conjure the warm elegance and graceful swing of the originals through the alluring chemistry of their own inviting rapport. To buy this wonderful CD: https://patricewilliamson.com/ 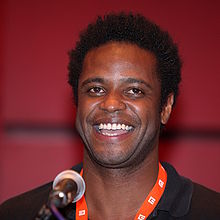 Also a review of the documentary Unarmed Verses by Director  Charles Officer . For a review by Ariadne Sawyer: http://www.theafronews.com/category/entertainment/