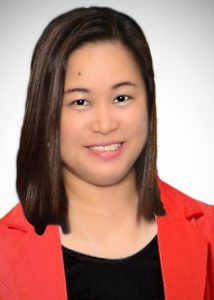 Caroline Nazareno-Gabis a.k.a. Ceri Naz, born in Anda, Pangasinan, Philippines, known as a poet of peace and friendship, is a multi-awarded poet, editor, publicist, linguist, educator,  and women’s advocate.

Her poems were published in various local prints and international anthologies: Sunday Manila Times March 2017, World Poetry Yearbook 2013, 2014  & 2015 ( IPTRC-China), Poetic Melodies, XXI Century World Literature, Prosopisia Journal, Inner Child Press ltd. (USA) featured her in The Year of the Poet April 2016 and October 2014; Anti-Terror and Peace IFLAC Anthology 2016, For Love of Leelah (USA , WOMEN IN WAR (Africa), Muse for World Peace Anthology (Nigeria), Greek Fire Anthology (UK), IMMAGINE & POESIA e-book (Torino, Italy) Peace Poems (USA and Canada) I Am A Woman, a tribute to Kamala Das (India), Women of The World (Canada), Just For You My Love Anthology (India), The Art of Being Human (Switzerland, Canada and Romania), Siir Antolojisi (Turkey), Who Shall I Make My Wife ( Nigeria) and more. She was the editor of THE THREE HIT COMBO, authored by the famous Philippine Mental Assassin, Justin Piaon.

I have been inside the question a thousand times

When I fall down and have not saved the king

I rebuilt the lost towers in all dreams to dream,

Waited for the cranes and dragons return

So once again, my heart will bloom no remorse–

An abode of beautiful beginnings.

The torrential winds scattered my confessions over the chimney

The casket of despair was torn down the memory lane,

Up straight to the seascapes of countless sun,

I have smelled the cascading revelations

Of wildflowers in the velvety midsummer,

Gathered some butterflies in the rainforest of my mind;

I adored the sweet canopy of hereafter.

I crouched under the fig tree; nostalgic about the Celtic knot

That I wore to embrace the legends of our destiny

Entangled in reciprocating ever greens of infinity.

Like a castle of distant stars and unwritten songs.

Caroline Nazareno-Gabis a.k.a. Ceri Naz/ Philippines (C) * This poem is the property of the author with all rights reserved.