On December 7, 1-2 pm PST, the World Poetry hosted a special tribute to  Franco De Santis, a Italian Canadian Poet living in Hamilton Ontario, Canada . He was born in Morolo, Italy  near Rome and Â came to Canada in 1967. De Santis is the author of 11 published books in Italian and the winner of over 20 literary awards.  His new book, Selected Poems had been translated by Diego Bastianutti and allows English speaking readers to connect with the poet for the first time. In celebration of this book, published by Hamilton Trinacria Association is offering free books (only postage needs to be paid)

Exquisitely presented by  Anna Ciampolini Foschi and Diego Bastianutti, the show featured his poems in English and Italian.

Special E- Peace Poets Preethi Saravana, India and Danny Teller from China. Another Big Bessie Story from Sharon Rowe,  read by the wonderful voice of World Poetry Café technician Victor Swartzman. Note: The World Poetry Café is honoured to welcome Professor Diego Bastianutti as a co-host of the show once per month. 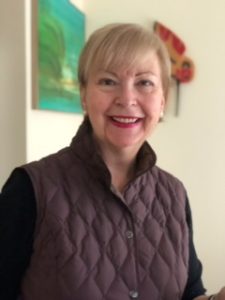 Anna Ciampolini Foschi lives in Vancouver, B.C.Â  A short story writer, freelance journalist and translator, she co-edited three major anthologies: Emigrante, Writers in Transition and Strange Peregrinations: Italian-Canadian Literary Landscapes. Literary awards include First Prize  (2007)Literary awards include First Prize  (2007) Citta di Forli and First Prize Italian Week-Ottawa (2010). She is a founding member of the Association of Italian Canadian Writers and co- founded the F.G. Bressani Literary Prize. She has lectured in Italy and Canada. Her works are published in Canada, Italy, U.S.A. and Costa Rica. Anna was inducted in the Hall of Fame at Vancouver’s Italian Cultural Centre 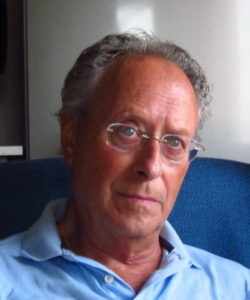 Diego Bastianutti, from Fiume, Italy, has crossed many borders separating States as well as “states of being.” He is at ease with various languages.

After a few years in international banking on Wall Street, he took up his tenure as Professor of Spanish and Italian literature at Queens University from 1970 to 1997, while holding the post of Honorary Vice Consul of Italy (1977-1995).

He retired in Sicily for six years, where he spearheaded a movement for the understanding of the process of integration and assimilation of new immigrants from North Africa.

Since his arrival in Vancouver, and thanks to his own personal background as a Julian Dalmatian exile, he has come to know and understand the sense of alienation of the people in DTES (Vancouver Downtown Eastside), but he has also been struck by their resilience, their undeniable humanity and dignity, and their sense of community. This experience inspired him to write a collection of poems dedicated to them. Similarly, the international photographer Jon Guido Bertelli was moved to produce a set of powerfully moving photographs. The poems and photos were mounted in two successful exhibits in Vancouver in 2016 and 2017. The exhibit was also mounted in Trieste, Italy this past April, invited and financed by the University of Trieste and the Julian-Dalmatians in the World.

Prof. Bastianutti has received wide recognition here and abroad for his work as a writer, poet and translator. His prize-winning poems, articles and short stories have been featured in various national and international literary journals and anthologies. Currently he is a free-lance editor, a Canadian correspondent for an Italian literary magazine in San Jose, Costa Rica, and a member of the Association of Italian Canadian Writers, the Canadian Authors Association, and the Federation of BC Writers.

His socio-historical articles, short stories and four collections of poetry have become material of study in a graduate course offered at the University of Toronto.