Ariadne’s Notes: The World Poetry Cafe radio show, January 18, 1-2 PM PST, CFRO , 100.5 FM, with host and producer, Ariadne Sawyer, MA, guest host, Elaine Woo, sound engineer, Victor Schwartzman and special volunteer, Sharon Rowe welcomed the exciting musical collaboration of the talented Andrew Lion and Ruthie Dineen with their new CD, Eternal Life,  Jeff  Buckley songs and sounds, produced by Negative Press Project. This is a beautiful CD and a tribute to Jeff Buckley. They are planning a tour up the Pacific Coast and we hope to be able to hear them in Vancouver! Also, on the show was poetry from Mamta Agarwal and Elaine Woo plus a peace e-poem by Belloussaief Abderrazek from Tunisia.  *Great thanks to Braitwaite and Katz. 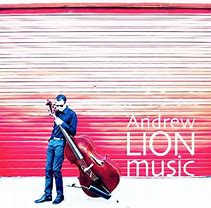 Andrew Lion is a Bass Player/Composer and Blogger/Podcaster. He performs as a freelance bassist in Jazz, Pop and Rock settings. 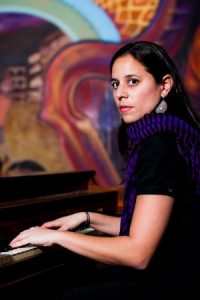 Pianist/Composer Ruthie Dineen was born in Fairfield, CA and began playing piano at an early age. She comes from a vibrant, expressive family, and explored her own creativity through music, studying and playing both jazz and classical music throughout her childhood and into adulthood

During her college years at UC Berkeley (grad. 2004) and while studying abroad in Chile and later living abroad in Costa Rica, music remained central in her life through both study and performance.

After completing her graduate studies in Social Work (grad. 2009), Dineen decided to focus professionally on music performance and community arts (she is currently the Deputy Director of Programs at East Bay Center for the Performing Arts in Richmond, CA) ruthiedineen.com

“I was pleased to host the Negative Press Project recently and they delivered an enjoyable show. It was high in adventure and exuberance, with a variety of original charts and a sweet front-linehorn section. They made odd meters sound not so-odd and their writing was never predictable. They give hope for the future of creative music.”