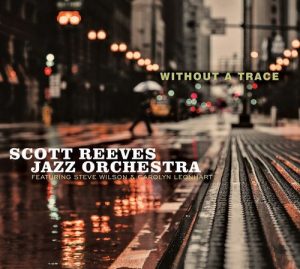 To buy the CD , go to https://www.creativejazz.com/

Ariadne’s Notes: The World Poetry Café Radio Show  on  June 28,  1-2 pm PST on CFRO 100.5 FM with the team of Ariadne Sawyer, Producer and host, Victor Swartzman , super tech and Sharon Rowe special volunteer  welcomed  the e-Poem section by Ahmad Al-Khatat. He was born in Baghdad on May 8th. From Iraq, he came to Canada at the age of 10, the same age when he wrote his very first poem and also Md Khalilur Rahman, a published poet from  Dhaka, Bangladesh  with a love poem.

We also welcomed the  wonderful and talented creators from three disciplines, animated poetry, Nick Curl, Jazz musician and educator, Scott Reeves with his new CD Jazz Orchestra’s Without a Trace . Media courtesy of Braitwaite and Katz .The amazing actress Niketa Calame with her words of wisdom and answer to a young actor from Nigeria .

I am featuring each featured  guest separately  on this site to give them more exposure. This feature is for the wonderful musician and educator Scott Reeves.

TO LISTEN TO THE SHOW NOW HEARD IN 109 COUNTRIES CLICK HERE! 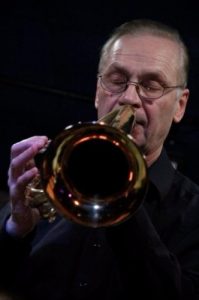 The Scott Reeves Jazz Orchestra celebrates its first decade on Without a Trace from Origin Records.

“[Reeves’] compositions are sophisticated yet accessible, his arrangements scrupulously burnished and invariably engaging.”

– Jack Bowers, All About Jazz

Duke Ellington famously insisted that he never wrote music for instruments, but tailored each piece for the particular individuals in his band. After nearly ten years together with a remarkably stable line-up featuring some of the most gifted musicians on the New York City jazz scene, the Scott Reeves Jazz Orchestra offers bandleader, composer and trombonist Scott Reeves a similar opportunity. The big band’s thrilling second album, Without a Trace, showcases the results with a decade-spanning repertoire drawing from both original compositions and bold new arrangements of jazz standards.

Scott’s two books, Creative Jazz Improvisation and Creative Beginnings (both published by Prentice-Hall), are among the most widely used texts in their field.

In Europe, they have been adopted by academies such as Brunel University in London, The Royal Conservatory in Brussels, and the Università della Musica in Rome.

Scott has also written eleven articles and papers on jazz; his article on jazz arranger Gil Evans was the feature story for a 1995 issue of Jazz Educators Journal. His compositions and arrangements for jazz ensemble are available from Reebone Music, Aebersold Jazz, and UNC press.

“I’ve had people describe my band as sounding like ‘swinging dissonance’,” Reeves says with a laugh. “A lot of my music is overtly swinging in the tradition of big band jazz, but in the majority of my work I’m trying to get away from the typical harmonic palette.”

It helps when bridging such a stylistic gulf to be supported by some of the most talented and sought-after musicians in modern jazz, and Reeves can count many of them as regular band members for the whole of the 17-piece Orchestra’s existence. The line-up on Without a Trace includes saxophonists Steve Wilson, Tim Armacost, Vito Chiavuzzo, Rob Middleton, Jay Brandford and Terry Goss; trumpeters Seneca Black, Nathan Eklund, Chris Rogers, Bill Mobley and Andy Gravish; trombonists Tim Sessions, Matt McDonald, Matt Haviland and Max Siegel; pianist Jim Ridl, vibraphonist Dave Ellson, bassist Todd Coolman, and drummer Andy Watson. Stunning vocalist Carolyn Leonhart, on a break from her busy touring schedule with Steely Dan, guests on the lovely title tune.

Having been able to get know his musicians’ sounds so intimately over the years, Reeves has become adept at styling his arrangements to spotlight their particular talents. Not that there’s much that a virtuoso like Steve Wilson – an in-demand guest soloist for most bands, but regular lead alto with Reeves’ Orchestra – couldn’t handle. Wilson’s fiery yet controlled voice drove Reeves’ take on Kurt Weill’s classic “Speak Low,” which begins with a nod to Bill Evans’ classic rendition from his New Jazz Conceptions album before surging along on an Afro-Cuban beat. Trumpeter Chris Rogers and drummer Andy Watson follow with their own blistering solos.

Leonhart’s elegant turn on Reeves’ own “Without a Trace” follows. Where the orchestra’s debut, Portraits and Places, featured wordless vocals as a coloristic element, here Reeves pens lyrics to craft a love song that matches the emotion and drama of some of the Songbook standards in his repertoire. Leonhart’s subtle grace belies the tune’s angular melody, which combine to conjure a uniquely dark-tinged atmosphere for the song. The familiar “All or Nothing at All” is completely reimagined in Reeves’ handling, with an Ahmad Jamal-inspired groove and a taste of John Coltrane’s immortal “Giant Steps,” giving the timeless tune a feeling unmoored from any particular era.

“I always try to transform a song in some way when I do an arrangement,” Reeves explains. “I learned that particularly from studying Gil Evans’ music. He would take a tune and it would somehow end up in a completely different universe from where it originally started.”

Reeves’ entrancing original “Incandescence” was inspired by a trip to the south of France, where the composer – an amateur astronomer when away from the bandstand – marveled at the star-filled skies over a medieval walled village. The very next day he was at the piano in his rented house, capturing the majesty and mystery of that experience in music. “Shapeshifter” is similarly evocative, built on a tonal twelve-tone row that adds a touch of sci-fi strangeness (with an explicit wink towards Star Trek).

“JuJu” has been a favorite of forward-looking jazz musicians since Wayne Shorter first recorded it more than 50 years ago; of course, being one of the most forward-looking of them all, Shorter has never been interested in doing things the same way. John Patitucci, the longtime bassist in Shorter’s revered modern quartet, gave Reeves the lead sheet for the sax icon’s current approach to the song, which Reeves combines with a sax-section arrangement of Shorter’s original solo, making this version something of a portrait of Shorter’s incredible evolution. Another portrait of sorts, the lively “Something for Thad” closes the album with a brisk homage to another of Reeves’ bandleading heroes, the great Thad Jones.

Though the prospect of leading a big band in the current music-industry environment is a daunting one, Reeves has learned all the right lessons from his mentors: assemble brilliant musicians; pen original, heartfelt music and inventive arrangements; innovate without losing touch with the tradition. With all of those elements radiantly in place, the Scott Reeves Jazz Orchestra takes its place among jazz’s most compelling ensembles on Without a Trace.

*Source: Katherine Growdon, Braithwaite and Katz with thanks.