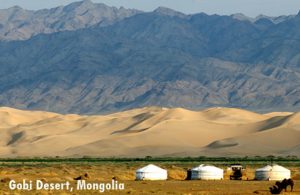 **Gobi Desert, where our wonderful WP Advisor Sendoo Hadda writes his poems in the summer. 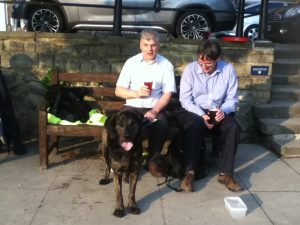 Note from Kevin: “I am pleased to be able to let you know that “The Writer’s Pen” is now available, in the Amazon Kindle store for preorder and can be found here. https://www.amazon.com/dp/B07GD1LBMV/ “

“I was born in Liverpool (UK) on 6 January 1969.
I lost the majority of my eyesight at 18-months-old due to a blood clot.I am a braille user and have happy memories of leafing through “The Oxford Book of English Verse” and other poetry collections in the school library. (I attended The Royal School for the Blind, followed by Saint Vincent’s School for the Blind, both of which still exist and are located in Liverpool). I read history and politics at University College Swansea and graduated with a BA (joint hons) and a MA in political theory. During my time at Swansea I participated in the student’s sailing club and have pleasant memories of swimming in the sea when the boat capsized! In 1994 I moved to London where I now live and work. I began writing poetry seriously in 2012. Much of my poetry is inspired by the environment. I am lucky enough to live close to an historic park in the Upper Norwood/Crystal Palace area (a suburb of London).Being visually impaired I use Job Access with Speech or JAWS software which converts text into speech and braille enabling me to use a standard Windows computer or laptop. My collection of poems, “The Writer’s Pen and Other Poems”, will be published in September 2018.”

You accuse me of hiding in my ivory tower.
I answer that I have no power,
Other than my pen
Which when
It scratches
Sometimes catches
The truth of the matter,
Causing the fine porcelain
Of your ideals to shatter,
Revealing the stain
Called human nature.
For each man is a prater
And the writer’s pen
Can interpret the hearts of men.

1 thought on “World Poetry Celebrates the Poet Kevin Morris from the UK!”