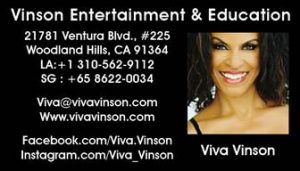 Ariadne’s Notes: An  very special  show with the lovely Viva Vinson on the World Poetry Café, CFRO 100.5 at 1:30 pm PST on May 16th . It was such a pleasure to learn about the wonderful work she has been doing with the creative arts  for at risk youth and those who do not have the support to impower their  creativity, Also, she sang for us on the radio show which delighted the radio listeners.  She is a real heroine in her work and her world wide performances. Viva was sent to us by the great Osiris Muir of 15 minutes.

LISTEN TO THIS AMAZING SHOW HERE!!! 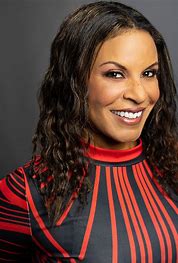 Viva started her career performing with Le Miz, an all-female, Broadway musical revue, under the direction of Sandra Rohr. In her late teens, Viva put her musical interests aside to pursue an acting career in film and television, appearing in such productions as “Fresh Prince of Bel Air”, “A Different World”, “Cop Rock” and the cult-classic “Roadside Prophets”, to name a few . Viva pursues both a career in music and acting, while trying to inspire young artists through performing arts education programs, and advocating for free arts education for impoverished and At-Risk youth.Viva’s greatest delight and solace comes from listening to classic soul, Jazz, R&B and Blues. “One of my deepest passions is listening to fantastic live music. Being able to sing and perform is just an extension of the energy and bliss I receive from listening. Viva made her way to Asia in September 2003 where she performed at The Island Shangri-La Hong Kong, Hong Kong’s 97 Group, such venues as Post 97, Club 97 and Kee Club, The Peninsula Hotel Hong Kong, Grand Hyatt Hong Kong, Park 97 Shanghai, Coco Blues Thailand, Sheraton Bangkok, Plaza Anthanee Le Meriden Bangkok, Harry’s Jazz Club Singapore, Hilton Kuala Lumpur, Hilton Wangfujing Beijing, The Metropole Sofitel, Hanoi Vietnam, The Shangri-La Singapore, and many others…Viva has also performed at various corporate functions. Her corporate clients include Omega, The Forum, Swarovski, Park ‘n Shop, Watson’s Water and many others.Viva has also appeared at many clubs, restaurants and hotels in her native town Los Angeles, California, such as; Café Cordial, Barone’s, Giovanni’s, Vitello’s, Club Aura, The Langham Hotel Pasadena, The Spot, and many others.