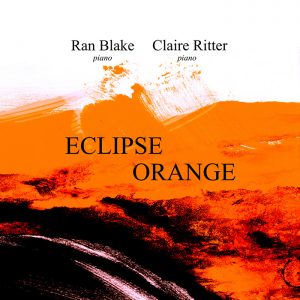 The World Poetry Cafe radio show,  CFRO 100.5 FM July 1:30 pm PST welcomed the talented Claire Ritter celebrating the debut of the new CD Eclipse Orange with legendary Ran Blake. It was a delight to talk to her and hear her describe her work  and experiences. It was also fun to hear her accent since some of my ancestors came from the Carolinas and I had not heard it for a long time. 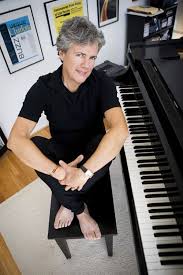 American jazz master, composer/pianist/educator Claire Ritter, is a multiple award recipient, and “among the most successful Thirdstream synthesis of jazz & classical musics” author Ed Hazel/ Wikipedia encyclopedia. In 2014 Ritter was the recipient of an artist grant awarded by the NC Arts & Science Council, her third, as well as a previous NC Arts Council Jazz Composer Fellowship. AllAboutJazz describes Ritter as “an under sung jazz master, with each engaging melody buffed up like a little jewel”. JazzTimes notes the music as “painterly, exquisite & poetic”. Beginning with the great Mary Lou Williams at Duke University in the 1970s, Ritter has studied, worked, performed & recorded with the best, which includes over a decade with MacArthur Grant Genius recipient Ran Blake at New England Conservatory of Boston, where she taught her contemporary songwriting class in the Contemporary Improvisation department during the 1990s. The economic song-like quality & harmonic sophistication of her tunes are hallmarks of Ritter’s style, described by Owen Cordle, writer for JazzTimes/News & Observer as “direct, succinct & skillful – like the NC born pianist/composer, Thelonious Monk’s style.

Another great guest from Braitewaite and Katz.

Additional grants/awards include the Massachusetts Arts Lottery in Boston, and the Southern Arts Federation in Atlanta, Georgia. Claire Ritter is also the founder of the Ziggy Hurwitz Jazz Scholarship at Central Piedmont Community College in Charlotte, NC.

Claire Ritter teaches and composes in Charlotte, North Carolina, where she is the Artistic Director Composers Concert at Queens University.