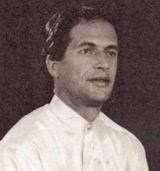 Ariadne’s Notes: The World Poetry Cafe, CFRO 100.5 FM on July 11 at 1 pm PST   were honoured to welcome the poetry of the Greek poet Ilias Foukis with the reading of two poems and a special dedication to his friend Maria and his sister Sofia. Thanks to the World Poetry Cafe  radio show team of Ariadne Sawyer,host and producer, Super tech, Victor Shartzman and special volunteer, Sharon.

The Greek poet ILIAS FOUKIS , was born on 20 August 1969 in Epirus in northwestern Greece. He began to write poetry since 1988 when he was student in the Lyceum. Published volume of poetry THE TESTAMENT OF A LESSER GOD , which has been translated into ten languages including English, French, Italian, Spanish, Portuguese, etc.. Has won literary awards – OSCAR DE DOS OURO VENCEDORES, Brazil 2012 – MASSIMO D’AZEGLIO, Italy, 2012, 2013 , 2016. – CITA DEL GALATEO, Italy in 2013. His poem titled YOUNG GREEK SOLITARY was included in Poetry Anthology – U.S. Library of Congress. Works and lives in Athens.

Here are the two poems that were read on the air:

IN TIMES OF PEACE

Good called on the tempests of Zeus

and from the heights of the Heavens

with the roar and power of thunderbolts.

the garbage of earth

gave it a soul.

It raised its head…stood up straight

reentered the world in a driving rain.

Those were you see , the times of peace.

wearing the laurels of triumph

and the tuxedo of justice.

It gave evil a pardon

in the name of the coexistence of nations and ideas.

Wars and tempests were forgotten

and as in the beginning

lived together again in the name of peace

so in a while war

starts all over again from the beginning.

the will of the God on Earth

without needing to sing the praises of Zeus

will walk all day on the Earth.

as soon as I glimpse the secure distance

praise be to Apollo…

I will not be disturbed

by the demon of Self-Destruct

If such not be

the will of the God of the Heavens

which lay siege to the essence of Existence

be caught in the nightmare of pointless labor

so not even one meter of heaven will be granted…

and do you know where these Dreams

for a better World

and a Beautiful Greece will end?

they will be eaten by the rust

and the dust of forgetfulness.

the will of the God of the Sea

my own specters which are armed

with gravity of conscience and forgiveness

will then have the rare opportunity

of washing away the living sins of Troy

which have become the most dangerous Olympus

with their cynical anticipation

be the Eternal Greece before the eyes of the world.

If such not be

the will of the God of Fire

then I who know better the fatal bond

of Greece with Flames

will lose my last

and the Cities will continue

And indeed… if such not be

the will of the God of Love

because of this horrifying alienation

which human emotions have undergone

no one will love me at all.

The worst thing though is that this Tragedy

will not simply end here…

This God of Love

has come highly touted by Olympus…

A good deal more than your usual Idols

and different from them

usurper of all longings

and with many possibilities for immortality.

And all the departing travelers

will testify that no matter where they went

they saw none of this incredible love anywhere

which in itself would be enough to convince

that the Summit had been worth the effort.

Few people love each other in this World.

love each other only as much as they are permitted

because there… there has truly evolved

but one that’s been lived by the Gods alone…

And for us to stay in the life which endures

more or less but for a single Season

we in any case my dear Apollo

were in no quandary…

because we never expressed any interest

The problem is very simple…

We are not wanted

we have moved about in the world

without being observed by anyone…

Perhaps we should get organised

we the Great Anonymous mass

to bring this madness with false

Heroes to an end

those who only the Gods with their

own wretchedness know how to erect…

And as if Troy wasn’t enough

then Olympus went and committed a crime

of its own as well.

The brain of the World has become stupefied

flinging at their hollow heads

which will control everything from on high

and even more appalling

us who Will and Chance in tandem have

wanted to keep down here…

despite the fact we roamed the Earth backwards and forwards

to bring about Great Changes in the World

all opinion will defame us

and none of our testimony will ever be heard.

And that is also why I’m afraid

that we who walked on the Earth alone

will be left completely devoid of history.