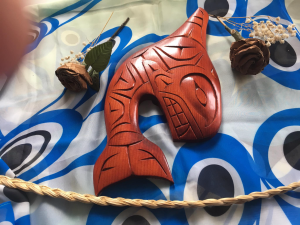 Ariadne’s Notes: On July 18, at 1:10 pm PST, The World Poetry Cafe Radio Show, CFR0 100.5 FM welcomed the well known poet, Joseph A. Dandurand to the show for a fascinating interview of poems and stories about his life. He treated us to his newest collection of poems soon to be published. 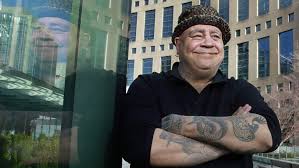 VANCOUVER, B.C. – Poet, playwright, archaeologist Joseph A. Dandurand was named the 2019 Indigenous storyteller in residence at the Vancouver Public Library.

Director of the Kwantlen Cultural Center, Joseph A. Dandurand brings a wealth of experience and knowledge to his role as a storyteller. A member of Kwantlen First Nation located on the Fraser River, Dandurand has been a storyteller since he was a young man. His talent and passion for words and sharing stories has followed him through the many journeys of his life.

An accomplished poet, playwright, researcher, archaeologist and proud father of three children, Dandurand received a Diploma in Performing Arts from Algonquin College and studied theatre and direction at the University of Ottawa. He has produced several plays for adults and youth, including works as the Playwright-in-Residence for the Museum of Civilization in Hull in 1995 and a radio script, St. Mary’s, produced by CBC Radio in 1999.

“I love to tell our story, the Kwantlen story,” says Dandurand, who combines teaching with storytelling as a means to share history and cultural knowledge with the hundreds of children and adults who visit the Kwantlen Cultural Center each year. “It is an honour to share my knowledge with anyone who wishes to learn about our people and other River People who have made their home along the Fraser.”