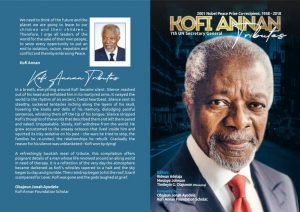 Ariadne’s News! On October 3, at 1:10 pm PST, the World Poetry Cafe, CFRO 100.5 FM was honoured to have a phone call from Nigeria with the wonderful Peace Advocate and leader Timileyin Gabriel Olajuwon! He called in to talk about the new book that he compiled about the legendary Kofi Annan Tributes (Anthology of poems and Essays in respect of the former United Nations Secretary-General and 2001 Nobel Peace Prize Co-recipient: Kofi Annan)!

It was such an honour to hear from him again. Over the years, from a young age, it has been a joy to see him become a strong light for peace, bringing together the peoples of the world.

I am so proud of the youth as they become adults, bringing the world together in healing and empowerment.  This has made a tremendous difference.

***Since the radio show was not archived, I cannot provide the link yet. The station has been notified and I am so sorry and hope to be able to provide it in the future. 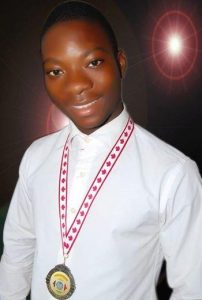 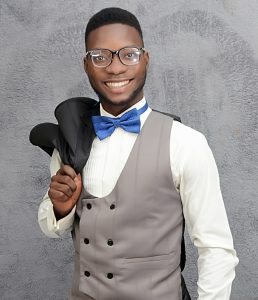 Before and after photos.

Timileyin Gabriel Olajuwon is a Writer, Speaker, Author, Advocate and Life Coach. He is a graduate of Sociology from Osun State University with a keen interest in peacekeeping and societal development. Timileyin is one of the four poets whose works were featured as a University of British Columbia Peace Gift Poem of which over 800 poems were made available to the public during the World Poetry Peace and Human Rights Exhibition at the University of British Columbia (February 3rd – March 30th, 2016). His poem was also featured as a Patchwork Poem for National Poetry Day 2017 by the Federation of Writers (Scotland).

He is a one-time nominee of the El-Hibri Foundation Peace Education Prize and an international multi-award winner. Notable of this include: World Poetry Ambassador to Nigeria {Canada} 2013, World Poetry Cultural Youth Peace Ambassador 2014, Pentasi B Inspirational Poet of the year 2016, 2017 Most Inspirational writing – Celebrating Canada at 150, Sezione Stranieri award 2018, Humanitarian Service award 2018, Sezione Stranieri Diploma Award 2019 to mention but few. Timileyin is a peace activist and a change maker with years of experience in developing and executing social change initiatives across communities. He is the Executive Director of Muse for Peace Foundation: a not-for-profit-making organization established towards building peaceful relationships among people of all ages, culture, and races; starting from individual to the global communities through Arts, Education, and services to humanity.

TGO as popularly known is the author of two poetry anthologies – “Call for Retreat” 2013 and “Apake and other poems: The Rhythm of Love” 2017. He also co-authored “The Muse: Anthology of four contemporary poets with one poetic voice” 2017. He is also the managing editor of Muse for World Peace Anthology (An anthology of poets propagating peace) which has had its publication internationally in three editions since 2014 and Kofi Annan Tributes (Anthology of poems and Essays in respect of the former United Nation Secretary-General and 2001 Nobel Peace Prize Co-recipient: Kofi Annan). TGO’s works equally have appeared in poetry journals, magazines, and anthologies.

I will be publishing a poem from him soon.