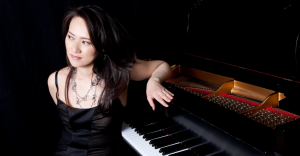 The World Poetry Café, CFRO, 100.5 FM November 28  presented World Poetry Peaceathon Poets who will be in the new Peaceathon book and  the talented composer and pianist , Yoko Miwa http://www.yokomiwa.com/    who called in at 1:30 pm PSt from Boston.

The  World Poetry In Loving Memory series featured World Poetry Lifetime Achievement Award Winners Shulamite Joffre and Dugald Christie as part of our yearly  efforts to honour to them and to read their poetry.

A special  honour . we were able to present  Laura Tohe, author, poet and  the Poet Laureate of the Navajo Nation and read her beautiful poem Meeting the Spirit of Water for Glen Tohe (with permission) on the show. https://www.lauratohe.com/ 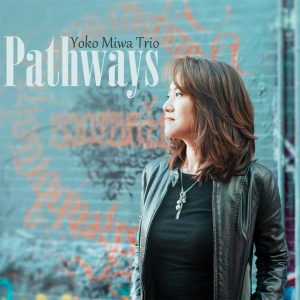 “I greatly appreciate and respect the clarity and strength in Yoko’s playing, it is very apparent – the honesty, care and depth of foundation she touches the piano with.” –Benny Green

Internationally acclaimed pianist/composer Yoko Miwa is one of the most powerful and compelling performers on the scene today. Her trio, with its remarkable telepathy and infectious energy, has brought audiences to their feet worldwide. Their latest CD, 2019’s Keep Talkin’, showcases Miwa’s fine playing and artful compositions and the trio’s uncanny musical camaraderie. DownBeat gave the recording four stars, calling it “a beautifully constructed album” and noting “the drive and lyricism of a pianist and composer at home in bebop, gospel, pop, and classical.” JazzTimes also reviewed the album favorably, praising Miwa’s “jaw-dropping degree of technique.” The album enjoyed seven weeks in the top 10 on Jazz Week’s charts, much like its predecessor, Miwa’s 2017 release Pathways, which also made Jazz Week’s top 10 for several weeks. In a 2017 feature article on Miwa, DownBeat noted her “impressive technique and a tuneful lyricism that combines an Oscar Peterson-ish hard swing with Bill Evans-like introspection.”

For the past decade Miwa’s trio has played regularly at major jazz clubs in their home city of Boston, as well as venues around the world. A favorite of Jazz at Lincoln Center, Miwa was chosen to play on “Marian McPartland & Friends,” part of the Coca-Cola Generations in Jazz Festival. She was also chosen to perform at Lincoln Center’s annual Jazz and Leadership Workshop for The National Urban League’s Youth Summit. Miwa also appears regularly at New York’s famed Blue Note Jazz Club and has performed and/or recorded with a wide range of jazz greats including Sheila Jordan, Slide Hampton, Arturo Sandoval, George Garzone, Jon Faddis, Jerry Bergonzi, Esperanza Spalding, Terri Lyne Carrington, Kevin Mahogany, John Lockwood and Johnathan Blake among others. In 2018 she performed on the main stage at the Atlanta Jazz Festival and the Litchfield Jazz Festival, where her trio drew the largest audience of any act. She is a Yamaha Pianos Artist, JVC Victor Entertainment recording artist, and Boston Phoenix Best Music Poll winner.

Miwa’s story of becoming a jazz musician is full of serendipity and happy twists of fate. In the late 1990s the classically-trained artist auditioned for Berklee College of Music on a lark and ended up winning a full scholarship. She arrived at the school from her homeland of Japan in 1997, intending to stay for a year. In 2019, she’s still in Boston, enriching the city’s musical life and serving as one of the most popular professors in the Berklee piano department.

Act Naturally, the Yoko Miwa Trio’s major label debut in Japan, came out in 2012 on the JVC Victor Entertainment label and the band toured Japan that same year. “She is one of the best jazz pianists in Japan,” said Yozo Iwanami, Jazz Hihyo Magazine.

A native of Kobe, Japan, Miwa didn’t pursue an interest in jazz until she met and studied with Minoru Ozone, a popular television organist and nightclub owner who is the father of pianist Makoto Ozone. Miwa worked at Ozone’s club and as an accompanist and piano instructor at his music school until the great Kobe earthquake of 1995 destroyed both facilities. Then, while continuing to take private lessons from Minoru Ozone, she also pursued musical studies at the Koyo Conservatory in Kobe. From there she won first prize in a scholarship competition to attend Berklee. Miwa quickly began playing with a host of talented students and teachers, and she formed a strong bond with vocal great Kevin Mahogany, who chose the pianist to serve as accompanist in his classes and on his gigs.

Source Braitwaite and Katz, with great thanks and her website.