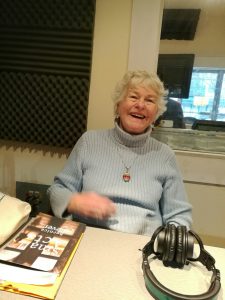 The World Poetry Cafe radio show  CFRO, 100.5 FM at 1:10 pm PST, December 5th welcomed the amazing Bernice Lever, well-known poet and member of the radio show from Canada once again to the show.

Also featured on the show were the well-known  Peaceathon E-poets Mahmood Jan, Afghanistan,  and Honey Novick Canada, Maki Starfield will be read next week. A lovely note of poetic thanks from Laura Tohe, Poet Laureate of the Navaho Nation, (https://www.lauratohe.com/)was received and read.   Special filmmaker Tomisin Adepeju called in at 1:35 pm PST to talk about his film I am Joseph. 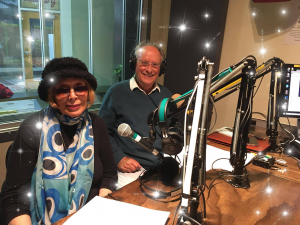 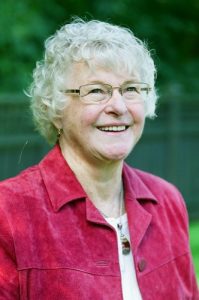 Bernice Lever was honoured by The Ontario Poetry Society in May, 2019 in a book of poems from their 10 Life Members, entitled Tenfold.

Now living on Bowen Island, near West Vancouver, BC, Bernice is also a Life Member of National Canadian Authors Assoc., and since 2000, a Life Member of  The League of Canadian Poets and active in the Federation of  BC Writers, North Shore Writers Association, and more.

“WAVES” , literary journal from 1972-1986, Bernice as read on 5 continents and been published internationally as she has 10 poetry books published – last 7 with Black Moss Press, Ontario –   in many large anthologies, journals and newspapers. Her 11th poetry book, “Ingredients for Peace “ is due in 2020.

Bernice also has published some prose, mainly in “The Waiting Room” & edited, “Singing; anthology  of Canadian women prisoners with Highway Book Shop as  well as “In all directions”,  Fitzhenry & Whiteside,  CAA short story anthology and my own textbook “The Colour  of  Words”, Seneca College, Ontario.

Her focus has been for “Peace & Justice”   poems for all People,& Living creatures worldwide &&& our natural environment: earth, air, and water!

Since the 1960’s, she has given talks and workshops to classes and individuals as Bernice enjoys helping beginning poets to be published.