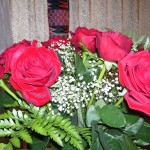 Robbie spoke about the therapeutic influence of rapping and poetry in his life and how it has empowered him in his life. He performs for youth with mental health issues and others as well. Robbie shared a new rap that he had just written and a poem. Guest host Oparin Ortiz spoke compared of some poems of  poet Robert Frost to rap and a good discussion followed.The interview gave listeners a new appreciation of “Ethical Rap” and it’s transformational abilities.

Beautiful E-poems from Carol Knepper and Margaret Eaton rounded out the show.