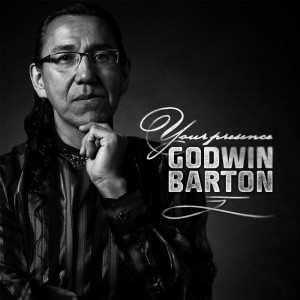 World Poetry is pleased to present a long time supporter :

Godwin H. Barton, First Nations, is originally from Kincolith, a community in Northwestern British Columbia, Canada.  He lives in Vancouver and works
in the area of education.  A writer of poetry and prose, Godwin has published an inspirational story in the much acclaimed “Chicken Soup for the Soul” series.  His story “Touched by a Higher Power” was included in the edition “Chicken Soup for the Recovering Soul,” and, as a result of this publication, he was also featured in “Chicken Soup for the Recovering Soul: Daily Inspirations.”  His poem, “An Eagle Powerfully in Flight” was published in the anthology “Island Skies,” Canada.  Poems, such as “Today I Caught Diamonds” and “Inside of Me” are inspirational lines that for Godwin balance the craft of writing with the inner emotions and feelings.  Godwin has also had the honor of delivering the opening blessing, by way of poetry,at “World Poetry Gala Events” hosted by the Vancouver Public Library.   As well as being a passionate and devoted poet, he has also been referred to as a “Master Storyteller.”  Godwin, through readings and speaking engagements, shares his craft devotedly through various schools in the Vancouver area. He has also been a returning guest of “World Poetry Café” on Co-Op Radio,102.7 FM.  Recently, Godwin started pursuing a new dream as a song writer- and has now released his debut mini-album:  Your Presence.  Godwin is currently working on his autobiographical novel: “I Once Stood Over: An Eagle in the Wild.”
For More information:A link to his website:  http://godwinbarton.com   Godwin’s Blog:  http://eagle-stalker.blogspot.com

They say that pain walls in a wounded man,
subconsciously seeking shelter
experience after experience, joy after pain-
from copper, to silver, to gold in the smelter.

Wishing to be a child releasing laughter in the rain-
only one way to go, again walk through the pain.
Character, wisdom, knowledge and strength-
seek only to be thy attributes, event after event.

They say that in each life a little rain must fall-
yet from showers to thunderstorms…
I’ve been through it all.

The light may have diminished, time after time-
sometimes extinguishing, lying here dying.
Through it all though mine eyes did not see-
the surge of my spirit would gain the victory.

Though you look at me seeing me only in the flesh-
abolish not beauty, for such is the reward of my test.
In time by example many a heart will be won-
I can only pray for patience as the steps I take one by one.

Cycles: an experience in life,
a lesson to be learned more profound than before-
a room filled with beauty, no longer hidden beyond the door. 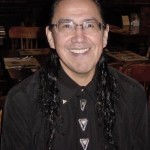