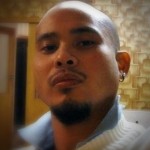 Our Record holder for most vistor entries on stat counter: 1,084 in three days!

You deserve a medal!

Ariadne’s note: Jaypee has shown such talent in his photos and poetry. We are honoured to feature him here.

Jaypee Belarmino earned his degree in B.S. Agricultural Economics from the University of the Philippines Los Banos.
Inspired by his family’s active involvement in Philippine politics, he entered the University of Nueva Caceres School of Law to continue his father’s legacy of helping the masses. Disillusioned by political unrest in his native country,he decided to give up law school and left the country to pursue a peaceful and simple life as a dairy farmer in New Zealand. He is currently working as an assistant manager in a dairy farm company in Invercargill City, the coldest and southernmost city in New Zealand.

While in New Zealand, Jaypee started searching to be more in commune with his spirituality by being closer to God. He then decided to join the widest and oldest fraternal organization in the world, the Freemasonry. In 2011, he was awarded the Sublime Degree of Master Mason by the Antient Free and Accepted Masons of the Grand Lodge of New
Zealand.

Jaypee has wide array of interests that include writing prose and poetry, photography, abstract painting, mixed media art and multimedia art and has been getting rave reviews on all of his works from the international community. It is his desire to express the contradicting and esoteric nature of life that has led him to these fields. Basically
self-taught in all of these art and literary disciplines, his unrelenting passion to capture the essences of life’s beauty distinctly manifests in his works. A proud father and a free soul, he dedicates every art and literary piece that he makes to his deepest inspiration, his lovely daughter, Sofia Gabrielle.

Jaypee’s background as a member of the University of the Philippines’ most famous fraternity, the Alpha Phi Omega International Fraternity, keeps activism alive in his creations while his strong Jesuit education from the Ateneo de Naga University emboldens him to persist revolutionizing his artistry with unrelenting drive for excellence.

You exist when the rain breathes fire
or the fire breathes the rain;

Your eyes exist
from the petals of the butterfly
emerging from the fullness of the flower.

Your skin is the touch of an angel
when an angel touches the colors of light.
And from this, you exist.
From this existence, you are the light.

And everything about you,
everything that exists
your lips, your breast
your luminant face –
shall be mine
to rest in my eternal heart.