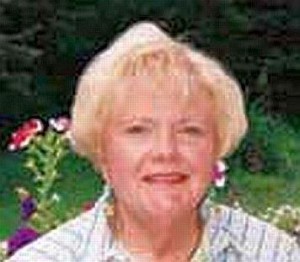 World Poetry would like to welcome Carol back to our site. As a member, she gets three visits per year. Thank you Carol for your poetic and mentoring work. She also has been featured as an e-poet on the World poetry Cafe Radio Show.

Carol Knepper graduated with a B.A. in English Literature from University of New Brunswick, Fredericton N.B. with an honours degree thesis on William Blake. B.Ed. from St. Thomas University, also in Fredericton.
Taught English for over 30 years in the public school system of New Brunswick at grade levels ranging from 7 to 11.
Always enjoyed writing, even while teaching, but after retirement in 2003, began writing more seriously as a sort of second career. In 2005, set up the website http://www.spiritsinpeace.com
with noted New Brunswick poet Richard Doiron, later adding my own blog to that site:
http://www.spiritsinpeace.com/carol_knepper_blog/
Has read at both national and international events and has been published in several venues such as Richard Vallance’s Canadian Zen Haiku and the late Sondra Ball’s Autumn Leaves. Poetry has also been aired on CBC on various occasions. Currently a member of the Writers Federation of New Brunswick and ArtsLink N.B. Author of three print books, Clean and Simple Stones, My World of Etherées, and My Ink Exposed, and of 7 e-books.
Recently became an associate editor of Canadian Zen Haiku and Sonnetto Poesia.

Let songs of swallows punctuate our late-night sleep!
Let morning naps be murdered by dawn-crack caw
of sleek-black sentry crow that leaves found food
for flock and simply sits atop a towering tamarack,
and takes no greedy pick or peck for carrion-call.

Let trill of robins be our early symphony, their quill-cheer
choir an ode to optimistic joy. Let twit of cardinal
wolf-whistle us to cheeky confidence, and let belted blast
of tiny song-sparrows show us that great things
can come from sources small when inspiration strikes.

Let dulcet coo of doves, straw-swaddled, ever be
a beacon in our quest for placid peace, their nurture
of new nestlings instructing humankind. And let us
learn our bird-brained lessons with our hearts and minds
flung open like our summer windows, admitting
musical mentorship in wise and wondrous ways.