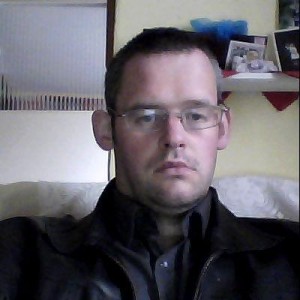 Ariadne’s note:  Another Poet who has waited a long time to be featured. He has a wonderful website that you won’t want to miss at:www.writingsinrhyme.com

“A security guard to pay the bills, Tomás writes as a passion.
Born Ballinasloe in 1976, grew up in Banagher before moving to Birr for work. From there he moved to Tullamore where he now lives, and is planning to move to his family’s native Longford in the coming years.

A shop steward in his workplace, and active politically in the area, social issues dominate much of his work, that rangefrom Native Americans in general and the Leonard Peltier case in particular, to the culture clash between the western world and Islam.

Tomás has featured at Readings at the Pallet (Banagher 2010, 2011), Poets Express, Cork (2009, 2010) and various other events from the Glór Sessions to the White House Poets (Limerick City) among other events.

He publishes a magazine Cartys Poetry Journal, and has featured in a number of anthologies in Ireland and the USA, and even as far away as China!”

Last Night, This Canalbank Was Home

I see the tossed newspapers blow
And a solitary brown blanket lie
Where not all that long ago
Someone slept… but they were not camping
This was home last night
And, as I approach the bridge
I see him sitting there… on my right…
He’s old and weezened, lights a cigarette
Or at least his best to do so he does try…
And I ever the Christian full of compassion
Keep my distance and hurry by.