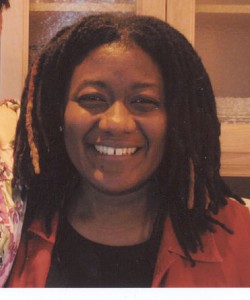 Ariadne’s note:  Ariadne Sawyer, Isreal Mota and great tech Kelly had a wonderful time on the World Poetry Cafe Radio, January 29th . PLEASE CLICK HERE FOR THE SHOW! Carol-Ann Hoyte shared  beautiful and funny poems for children and spoke about her work with children and bringing them the gift of poetry. Please check out her links below.

The featured E-poem was by Lini Grol from Canada.

Our surprise poet and multimedia wiz Kagan Goh spoke about his father, his new book  and an upcoming multimedia launch coming up on Febraruy 2nd. He read a moving tribute to his father. 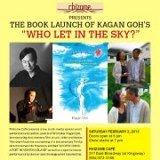 Kagan Goh and his wonderful family.

Featured poet: By day, Carol-Ann Hoyte works as a school librarian. By evening and weekends, she works as a children’s poet. Her poems have been published in School Magazine Australia (est. 1916) and other publications in Canada, the United States, and England. Three of Carol-Ann’s poems appear in Sylvia Vardell and Janet Wong’s The Poetry Friday Anthology: Poems for the School Year with Connections to the Common Core (K-Gr. 5 edition) which was released in September 2012. Carol-Ann has also created, co-edited, and self published And the Crowd Goes Wild!: A Global Gathering of Sports Poems which was released in September 2012. This international anthology features 50 poems written by 50 emerging/established writers from 10 countries and is aimed at 8- to 12-year-old children. The book has won a 2012 Moonbeam Children’s Book Award (Bronze Medal, Children’s Poetry) and has been nominated for the 2012 Cybils (Children’s and Young Adult Bloggers’ Literary Awards). Carol-Ann, who is based in Montreal, loves limericks, novels in verse, and riddle poems.

Links for And the Crowd Goes Wild!: A Global Gathering of Sports Poems (www.crowdgoeswildpoems.com and www.friesenpress.com)

The Poetry Friday Anthology: Poems for the School Year with Connections to the Common Core (K-Gr. 5 edition)  poetryfridayanthology.blogspot.com

Your pumpkin-orange blooms
decorate my autumn walk;
those puffed and papery lights
glow on lampposts of green stalk.

But I think it’s funny
that your bright and sunny tops
blossom in the shape of
upside-down tear.