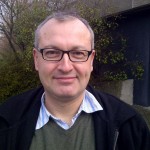 World Poetry Cafe Radio Show welcomed Alan Hill on the show. He spoke about his upcoming book and the impact on siblings and parents who have to deal with mental illness. To listen to the show: CLICK HERE!

“Alan Hill was born in the South West of England near the Welsh border.
After leaving school at sixteen he travelled extensively and worked in jobs
ranging from renovating old graveyards to working in a jellybean factory.

Since 2005 he has been living in Canada. He has been previously published
in Canada in CV2, Canadian Literature, Vancouver Review, Antigonish Review,
Quills, Sub-Terrain and in a number of anthologies and in the UK in South,
The Wolf and Turbulence. He also has had work accepted for upcoming issues
of the Denver Review (USA), Brittle Star(UK) and Poetry is Dead (Canada) as well as the World Poetry Canada International Peace Festival E-Anthology launching at UBC and on the Internet April 4th during the third Peace festival.
His first full collection ‘The Upstairs Country’ (Silver-Bow Press) was”published in early 2012. He is currently working on his second collection,
“The Broken Word”, which will explore his experiences growing up with a
older brother who had been diagnosed as having schizophrenia.

At thirteen you want your mom
not the mad person she has become
who burns the carpet with her cigarettes has that industrial size handbag rattling with pill bottles,the muttering attachment to other voices those unseen strangers that hover on the open veined canvas of the horizon.

At breakfast between toast and orange juice something snapped

a tie came loose, fell free
the connection through the sonar spine
the massages through fingertips-all lost.

In one moment
the most loved became the most despised
the mother become the little girl.

If it doesn’t kill this kid
eventually she may come to see
the freedom that’s been given her
that she can start agaim
be who she wants to be, become a woman

but that means less than nothing now.

There are many bones to step across
many strangers who will come with love and hope that she will need to push away, leave behind

– if there is a proper way.

and there will always be a chair
with a reserved sign

an empty space where nobody parks

the lesson she has leant too young
that the price of life is everything.