Ariadne’s Note: At long last, we welcome Albert B. Casuga to our World Poetry Site! He was one of several poets featured in a poster sent by Ang Jaypee Belarmino for the World Poetry Canada International Peace Festival . It was put on display at the University of British Columbia for one month during the festival in April. According to the University, one thousand people per day came to the library.  The glassed in display cases were very popular. One of the staff, commented that many people kept coming back to see the display. One young UBC student from the Philipines told me that it meant so much to her to see the display and that she was going to look for the poets in the library and on line. Over 300 Peace gift poems were also taken from the display also.  I hope to feature all the poets in the poster. 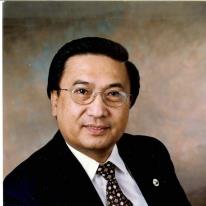 ALBERT B. CASUGA, a Philippine-born writer, lives in Mississauga, Ontario, Canada, where he continues to write poetry, fiction, and criticism after his retirement from teaching and serving as an elected member of his region’s school board. He was nominated to the Mississauga Arts Council Literary Awards in 2007. A graduate of the Royal and Pontifical University of St. Thomas (now University of Santo Tomas, Manila. Literature and English, magna cum laude), he taught English and Literature (Criticism, Theory, and Creative Writing) at the Philippines’ De La Salle University and San Beda College. He has authored books of poetry, short stories, literary theory and criticism. He has won awards for his works in Canada, the U.S.A., and the Philippines. His latest work, A Theory of Echoes and Other Poems was published February 2009 by the University of Santo Tomas Publishing House. His fiction and poetry were published by online literary journals Asia Writes and Coastal Poems recently. He was a Fellow at the 1972 Silliman University Writers Workshop, Philippines. As a journalist, he worked with the United Press International and wrote an art column for the defunct Philippines Herald. He writes a literary blog at http://ambitsgambit.blogspot.ca

You have your paintbrush and colours. Paint paradise, and in you go. —Nikos Kazantzakis*

I will learn me some joy is as good a graffiti as any, if I were that roving paintbrush bandit doing what plastic surgeons do on old faces.

Rather than spew mischief and hate on walls that could not even cringe about bad spelling, why can’t these muffled, lonely night rogues

take their rainbow mayhem to a bravura end? Paint themselves their paradise, walk right in, toss a tumbler of brandy, dance a wild whoopee,

learn from throbbing sunrises and loud sunsets, that someone, somewhere beyond the clouds, has bested them in this arresting colour game.

of crystals at thaw, verdancy in spring, foliage paintings at fall, and dry earth in summer sepia. There are graffiti artists and there is the Artist

who has painted himself his haven, entered it, hung himself a hammock, hued himself happy, and guzzled raindrops washing colour away. 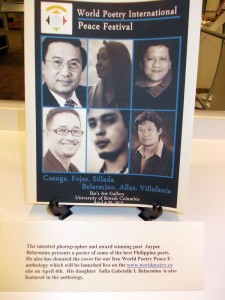 3 thoughts on “World Poetry Proudly Presents Albert B. Casuga from the Philippines & Canada!”