Ariadne’s Notes: The World Poetry Café Radio Show with hosts Ariadne Sawyer and Israel Mota  presented “one of the youngest philosophical thinker of today, acclaimed author  James Taratin” and the  well known Welsh poet and writer PETER THABIT JONES! I am waiting to post a photo for Peter and will feature him next. To listen to this outstanding shared show: CLICK HERE!  Update: Due to technical problems, we cannot yet link the show. We will keep on working on it. Thank you for your patience. 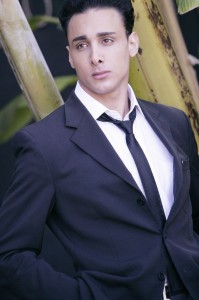 James Tarantin is an author, philosophical thinker and the Founder of TarantinDream.
Throughout his education, Tarantin studied 5 Chief avenues: The Mind, Pragmatism & Enterprises, Morality, Metaphysics and Aesthetics. These teachings are now specifically explored in The Equation and expanded upon within his upcoming written works.

After a horrendous tragedy at the turn of the millennium, Tarantin immigrated to the US alone with no family, money or formal education, only to become one of the youngest spiritual thinkers in history to write a memoir. It was there that Tarantin decided to trace historical clues and discover an untold truth of an equation for The Science of Accomplishment and self-awareness.

The first book of The Equation series presents a new, innovative philosophical theory and explores a rich array of issues such as: Family Life, History, Mystical Science, Philosophy, Human Evolution, Personal Success, Enterprises, Spirituality, Beauty, The Universe and exotic adventures from around the world. Now, Tarantin is the executive chairman of TarantinDream, a company that he founded with the help of television and radio legend, Larry King. 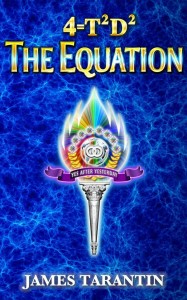 “Imagine the sun and all the planets orbiting it. Each planet is a human with a unique color and a seed of destiny, a gravitational force that binds the human to orbit life through a certain trajectory. And right there was a clue to the equation. Every human being was endowed with the unalienable right to make decisions. So what happens when one decides t o break this gravity? To transform the trajectory of destiny? Thinking in my room, I wrote, ‘Expansion of character is connected to expansion of destiny.”
-James Tarantin, The Equation

“Just as the world of art acclaims the love between Dante and Batrice, to see the light, one needs to feel the fires of darkness.”
-James Tarantin, The Equation.