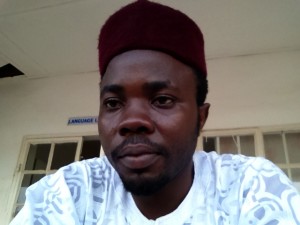 World Poetry Publishing is honoured to present a new book by Mutiu Olawuvi. It is always so exciting to see the birth of a new book. We would like to congratulate Mutiu also known as the Jungle Poet.

Thank you so much for empowering with peace through poetry, and collaborations with poets/creative writers around the world. I am glad World Poetry has immensely contributed to my publishing accomplishment particularly this year.

The book can be ordered via lulu…:
http://www.lulu.com/shop/mutiu-olawuyi/the-journey-to-the-archangels/hardcover/product-21203868.html?mid=social_facebook_pubsharefb“

Mutiu Olawuyi (popularly called the Jungle Poet) is an international award-winning poet – 2012 International Who’s Who in Poetry Awardee, USA; 2013 World Poetry Empowered Poet Awardee,Canada, Honorary Professor – International Art Academy, Greece, and 2014 Marqui’s Who’s Who in the World Listee, USA. He has authored four books of poetry (i.e. American Literary Legends and Other Poems [2010], Thoughts from the Jungle [2012], 9/11 Poetry [2012], and The Journey to the Archangels [2013]) and has edited numerous international anthologies, journals and magazines. Mutiu also has some of his poems, short stories and research papers published  in online and offline journals and magazines in India, Ireland, England, Canada, Greece, Nigeria and USA. Finally, some of his works have been translated to Arabic, French, Esperantos, Malayalam, Telugu and Hungarian. Go to http://versesofthejunglepoet.blogspot.com for more information about him. 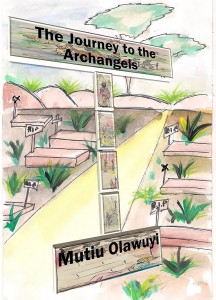 The Journey to the Archangels (6)

“We were made frontiers for we were recruits. And we swaggered with guns and jungle boots.

Commandos strutted behind their platoons And as we sang with spirit, they  lampooned us

So we made their khakis and bulletproofs.

Tak tak tak, boom boom boom – the sudden drops from the vicious air of flying fish, splattering with no syrup.

when legs and arms away flew from various bodies.

And commandoes hid behind – shouting: ‘fire!’ Though our pellets and riffles had gone to retire.

They flew away and here we are flooded too.

So here, to payback, we wait, and His judgment too. Tell Him: here we wait for our cruel commandos, for He only commands, the shells and others woes,” said lyrically in chorus the men of gun.

And pithily in pity I roared, “Badly done!”

* (Arabic) …that castigation is worse than death