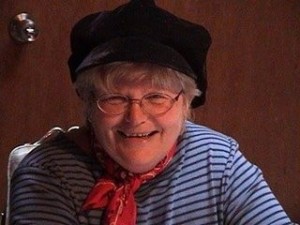 The World Poetry Café Radio Show with hosts Ariadne Sawyer and Israel Mota were honoured to host an exceptional, facinating show with empowered Ruth Kozak the author of the up coming historical novel Shadow of the Lion.

Also in this fascinating program was an e-poem be World Poetry Director Saleh Mazumder,  “Martyr’s Night” in honour of Mother Language Day, beautiful ancient Greek music and Bach background music by YoYo Mah on the cello. To check it out, LISTEN HERE!

A SHADOW OF THE LION – W. Ruth Kozak’s forthcoming debut historical novel, SHADOW OF THE LION, is due out this SUMMER 2014 and MEDIAARIA CDM are very pleased to announce that this epic work will be released in two parts. To read the Press Release and learn more, visit: https://www.prbuzz.com/books-publishing-literature/197472-shadow-of-the-lion-books-i-and-ii-titles-announced.html.

A message from Ruth’s publisher:

SHADOW OF THE LION – BOOKS I AND II TITLES ANNOUNCED!

With the fan base of Alexander the Great themed historical book, SHADOW OF THE LION, counting among its numbers the Consul General of Greece in Vancouver, Ilias Kremmydas, best selling author Steven Pressfield (‘The Legend of Bagger Vance’ and ‘Gates of Fire’) and fellow historical novelists, Scott Oden (‘Men of Bronze’) and John Dempsey (‘Ariadne’s Brother’), all eager to read the work by W. Ruth Kozak, MEDIAARIA CDM are pleased to announced that SHADOW OF THE LION is timetabled to be published in two parts.

Extensively researched in Greece with the support of Classical scholars, the Greek Ministry of Culture, the Society of Macedonian Studies (Thessaloniki), the Finnish Institute in Athens, the Norwegian Institute of Athens and with research undertaken in the Gennadius Library and the British Library, SHADOW OF THE LION will comprise of Book I, titled ‘Blood on the Moon’ and Book II, titled ‘The Fields of Hades’. Mutually agreed by both the author and publisher, it was felt that both these titles possess the quality of conveying (in the words of W. Ruth Kozak) “strong foreshadowing that will draw people into the story.”

Set in the aftermath of the death of Alexander the Great in 323 BC, and against the backdrop of political intrigue, ruthless ambition, racial prejudice, child abuse and exploitation, SHADOW OF THE LION follows the journey of the newly appointed joint-kings, Alexander’s half-brother Philip Arridaios and his infant son, Iskander (Alexander IV) through Asia Minor to Macedon, until the year 310 BC when tragedy marks the end of Alexander’s dynasty.

To be a part of this literary event and join the ‘Shadow of the Lion’ open social network group on Facebook, click here.

To keep updated with posts from W. Ruth Kozak via the dedicated ‘Shadow of the Lion’ blog, click here.

To read more about the creation of this thrilling novel in a recent interview with the author given to FTP Magazine (the free online magazine from MEDIAARIA CDM) click here.

SHADOW OF THE LION is the first historical novel by W. Ruth Kozak to be published by MediaAria CDM. Book I ‘Blood on the Moon’ is due for release Summer 2014 and Book II ‘Fields of Hades’ in 2016.

Bio :RUTH KOZAK is a historical fiction writer, sometimes poet and travel journalist with a strong interest in history and archaeology. A frequent traveler she has lived several years in Greece and visits there regularly. She edits and publishes a travel e-zine TRAVEL THRU HISTORY www.travelthruhistory.com  Her historical fiction novel, “Shadow of the Lion” about the fall of Alexander the Great’s dynasty, will be published in UK in 2014 by Media Aria- CDM Publishers.   www.mediaaria-CDM.com .  Read here author’s profile here: http://www.mediaaria-cdm.com/author-profiles/   and on the blog site for SHADOW OF THE LION:   http://shadowofthelion.com