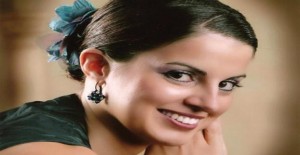 Ariadne’s Notes: At long last, we are honoured to present the talented Greek Poetess, Despina Kontaxi. She sent this comprehensive C.V. of her large body of work:

2013    1st Book Award by ISGWA for the book “Pravi-100 years of freedom”.    2nd Award at the 1st International Poetry Competition OLTEPA for the poem  “Eros-wine-vineyard”.

Honorary Doctorate of Letters by the International Biographical Centre in Cambridge, England.

Honored poetess from Greece in “The World Poets Quarterly” (No. 69), China.

Honored poetess by the Municipality of Paggaion at the Panhellenic Book Festival in collaboration with the Publishers Association of Northern Greece under the aegis of the Ministry of Culture and the Ministry of Macedonia Thrace.

Honored to present my poetry with the Peripheral Public Theater in the event    “Spring of the poets 2012” as a play.

Awarded by International Biographical Center as “Woman of the year 2012”

2011    The UN Disarmament Office selects the poem “Hibakusha” for the top 10 in          promoting Disarmament through Poetry.

Award at the Annual International Literature Competition by Keleno Magazine  for the poem “Queen City”.

3 World Awards at the World Poetry Competition Interartia for the poems   “The fall of Trapezounta”, “Cries” and “Heritage”. Book Award by the    International Society of Greek Writers and Artists ISGWA for her book “The  loneliness of the bedwalker”. Award by the ISGWA for the total of my poetry  work.

Book Award “Midnight” by the ISGWA for the book “The purple kiss”.  Honorary Distinction by the Panhellenic Union of  Writers at the 26th Delphi    Poetry Competition.

Honorary guest of Educational and Cultural Club of N. Peramos, Greece to present my poetry.

Award-Metal “Ares” for the poem “You are the light” at the 1st Mediterranean Poetry         Competition. Metal by the United Poets Laureate International “in recognition and appreciation of Excellence in Poetry for World Brotherhood and Peace.

2010    The President of the Cypriot Democracy, gives his written congratulations for        the poem “Cyprus- The tortured Island of Afrodite”

The Municipality of Eleftheroupoli, Greece, awards me for my contribution to   poetry and my homeland. 2nd Award of Poetry by the Literature Club for the   poem “I weave”. Award by the Panhellenic Physiotherapy Association for my  offer to Art.

Honorary guest of Giannis Lekopoulos in his music performance “When night falls” to present my poetry.

3 World Awards at the World Poetry Competition Interartia for the poems   “Echo of tragedy”, “Gloven balloon” and “Man was made”.

Honorary Participation at Thess Poetry Slam presenting my poem “I search for you” that took place in Thessaloniki, Greece.

Honorary guest at the event “Poetry is an open door”, Athens, Greece. My poems were read by Amy Stylianidi.

Honorary poetess by the Cultural Club of Eleftheroupoli, Greece at a concert by Giannis Ntoumanis.

Honorary guest by the Municipality of Athens at the 2nd International Festival of Street Theater. My poetry was presented by Art’s critic Leontios Petmezas, actor Giorgos Tzortzis and musician and guitar player Giannis Ntoumanis.

2009    Honorary Award by the 1st Panhellenic Poetry Competition in Thassos,     Honorary Award from the Municipality of Hortiaty, Honorary distinction at the   5th European Poetry Festival at Thessaloniki for the poem “The smile escapees” written for those struck by the earthquake at L’ Aquila, Italy. The  poem awarded in Athens becomes a painting in Thessaloniki at the Italian  Institute of Thessaloniki, Greece.

2nd Award at the 9th International Poetry Competition, Germany. The poem  “Black Silhouettes” becomes a painting for “Poetry and Art 2009”.

“Award-Metal of Benefator” for the District of Kavala, Greece for my  contribution in promoting the area where I live through the Art of Poetry.

2013    Second edition of “The purple kiss” Poetry Collection in 5 languages.

2011    “The purple kiss” Poetry Collection in english and greek. Contains a CD with          music composed on the poems by Alexandros Pappas. The poem “Sentimental Parade” selected by poets from all over the world to be included   in the Wedding Anthology “A Royal Romance” by Forward Press for William  and Kate.

The poem “Lennon” selected to be concluded to the anthology ” Everflowing   Ink – A Collection Of Poetry”. The poems “Time still goes by” and “An instant”  in an anthology by Forward Press. Anthology by the ISGW with the poem “Loneliness shimmers”.

2012    Translation of “Kaddish to the life not lived” by Michalis Kokkinaris. Off  Broadway production by Leonidas Loizides.

2010    Translation and poetical view of “Oresteia” by Aeshylus in english for an off           Broadway production by Leonidas Loizides.

Many of the poems are turned into videos after the wish of the readers on facebook. Some very important among others are:

“Apollo the god of music” participated at the International Poetry Competition “Tapestry of Bronze”, with influences from Vangelis’s “Mythodia”.

“Black Silhouettes” that become a painting for “Poetry and Art 2009”.

“The smile escapees” that gained honorary Distinction at the 5th European Poetry Festival at Thessaloniki and was written for those struck by the earthquake at L’ Aquila, Italy. Translated in Former Yugoslavian for Struga Poetry Evenings 2012.

“Heritage” the Wolrd awarded poem translated in Serbian turned into video in Greek and Serbian.

“Hibakusha” that reached Top 10 at the Poetry for Peace by the United Nations.

“Iphigenia” written and send to the nobel prize winner poet Gunder Grass by the Literature Magazine “O Defkalion. Turned into video depicting the situation in Greece at that time.

Each word weaves
A web in our soul.
Every sound becomes
An echo from the past.

Radiation beats chromos
At the flesh of a Hibakusha.
Dreams dissolve
And wake up at the present.

May Hibakusha find the hand of Nemesis.
The right time to reach justice.
So that the future will bring to life
The tree of nuclear disarmament.
The death of human disappointment.