Ariadne’s Notes: The World Poetry Café with Hosts Ariadne Sawyer and Neall Ryon  was honoured to have Leigh Nelson  phoning in and sharing his adventures, poetry and music with us on CRFO, 100.5 FM, October 22nd. Music also by the amazing B-Master on World Peace. Thanks to Victor Schwartzman and Kerry for their assistance in keeping us on the air. CLICK HERE for the show! 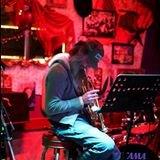 “The writer of Gandhi’s Lament has been writing and performing poetry and music since the age of 14.  Hailing from South County in the Berkshire Hills of Western Massachusetts, he is known simply as mrlei (as in mister lee), a name bestowed upon him in the early 80’s by students of his.  mrlei has still yet to publish any of his works, but plans on using the slowdown of winter months to complete the process and get it to press.  At the same time, he is attempting to complete two plays, one called “Einstein’s Violin” and a one-man show of Walt Whitman.  He hopes that his poetry “will inspire people to awaken to their true selves and discover the voice that dwells within all being.”

He writes: My mother was an English teacher (and model/actress) in the late 50’s thru to the early 70’s, so of course it was read, read, read (albeit TV was also very much our babysitter at times — but never before homework!)  By the fourth grade I was reading on a junior-to-high school level and also accompanied my mother to rehearsals for plays she was in and became the one child of three boys who became engrossed with the artistic “process” (really don’t like that word).  I dabbled in the theatre/tv/radio/film industry for a time and lost interest for a variety of reasons.  But that experience helped me to become a powerful speaker and presenter of ideas (my own and others) and I have continued working in the artistic milieus.”

and to know you have
come through the forest

the way to go

this night
through the frost

–listening to “Singing with the Ancestors” by Nii’ Nee’.   this is my Cante Tenza Olowan (“Song for the Strong Heart”  -Lakota) “At The Wood’s Edge” (Iroquois) is referenced, as well as Frost, in the last line (a play on forest and the winter – a poet nod, if you will.)

mrlei (pronounced mr. lee) has written a ridiculously large amount of bad poetry.  Every once in a awhile, something sticks, regardless.  He hosts live nights of music, poetry, video, live art, dance, and comedy called TaoNation or Vagabond Age, in the “moment”, with little or no rehearsal.  He is a taurus cancer twin.  He is shy usually, but known to take a selfie or two.  He lives on the side of a mountain in North Adams, MA, with his blind, all white  Jack Russell terrier, Talon Jack.  He drinks, he smokes, and tells dirty jokes, but can play pool better drunk than you.  That is not a challenge.  He would like to thank Daniel Ellsburg for the release of his tapes. He likes to play piano and trumpet but has no idea what they really do.  He is a Jew, too.   Shoganai!  Kwatz! 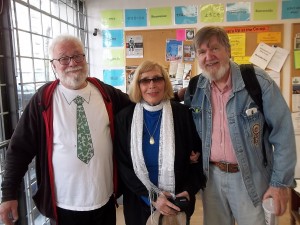