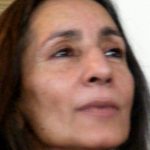 Ariadne’s Notes: On January 26, 1-2 pm,  on CFRO, 100.5 FM, the World Poetry Café Radio Show with producer and host, Ariadne Sawyer, co-host Neall Ryon, super tech Victor Schwartzman and special volunteer, Sharon Rowe  welcomed the poet Kevin Morris from England. He read his beautiful and profound poems on the show and talked about his life as a blind person and how it has influenced his poetry and senses. You can reach him at https://newauthoronline.com/

Also on the show was the music of Mike Jones and special e-poems by Wida  Taursif, Afghanistan, Australia   and Hongri Yuan from China. 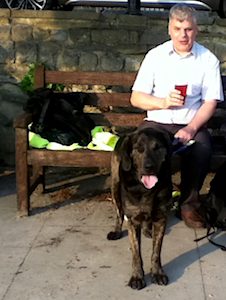 Kevin lost the majority of his eyesight at 18-months-old due to a blood clot.

In 1994 Kevin moved to London where he now lives and works. He began writing poetry in 2012. Most of Kevin’s poems can be found on his website, https://newauthoronline.com/ which also contains links to his published works.  His Twitter account:  https://twitter.com/drewdog2060

Much of Kevin’s poetry is inspired by the environment. He lives close to an historic park in the Upper Norwood/Crystal Palace area (a suburb of London). Upper Norwood derives it’s name from the Great North Wood and remains of the greenest parts of greater London.

Being visually impaired Kevin uses Job Access with Speech or JAWS software which converts text into speech and braille enabling him to use a standard Windows computer or laptop. You can also contact Kevin at: newauthoronline.wordpress.com

“On such a day, when the winter sun

Casts my shadow upon yonder wall,

It is difficult to recall

This will, one day be done.

In future will some other one, sitting here, and seeing their shadow  fall

Upon this self-same wall,

Know that they may not forestall the  night

When dancing shadows are,