Also at last, thanks to the great efforts of tech Gerry, we were able to broadcast the beautiful voice of Clara Hsu from San Francisco . She writes: “Here is a mp3 file of my reading of Langston Hughes’ April Rain Song. The song was created by a fellow poet friend, Carlos Ramirez, who passed away last year. He used to set many Langston Hughes’ poems into songs. This one was my favorite. The instrument I used to accompany myself is a singing bowl.”  We featured a special e-poem by our wonderful supporter and poet Lini Richarda Grol called  His Exotic Trip. 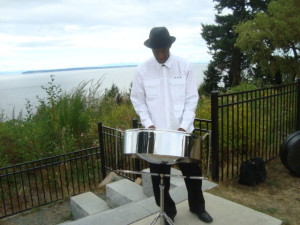 Anthony Blackman was born in Trinidad and Tobago in the West Indies/ Caribbean. The land of The Steel Pans ~ Calypso ~Soca and Carnival. His Love for music has been a passion since he was a young boy. He came to Canada and made it his home playing the Pans for all occasions. https://www.youtube.com/watch?v=_y8UNqUz7-c 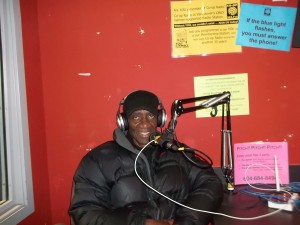 His group  Soul Survivors will be playing April 25th:  http://www.kerrisdalevillage.com/news/

Our radio show is  currently doing a fundraiser to keep us on the air: Please go to www.coopradio.org and become a member of our World Poetry Family. Please put in the name of the World Poetry Café so that your membership can be credited to our account. You will also get a tax receipt. 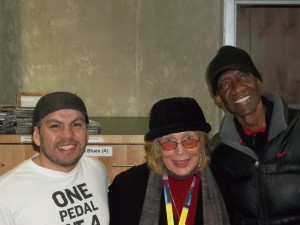 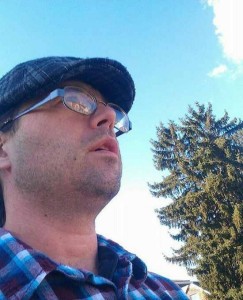 The show was dedicated to Lini Grol, a long time supporter of World Poetry and an e-mail contributor as well as a feature in a celebration of her 100th birthday. Opening music for the poet was from the ancient tribes of Rajasthan, a gift sent from India by the well known poet Mamta Agarwal .Music from Rene Hugo Sanchez , Pancho and Sal were also played. Click here to hear the show.

Christopher M. Schultz is the author of the new book Poetic Perceptions.

This work comes from the unconventional mind of Mr. Schultz, and takes the reader on a journey through the eternal and mystifying. The freeform poetry in this book will bring the reader to an alternate perspective of the plight of humanity, and carry them along on a voyage of the heart, mind and soul.  The author shines a new light on the perplexities that man has been struggling to fathom since the beginning. This work will be made available via major online vendors in January of 2014. Enjoy the journey. He has just signed with Tate Publishing!

You stepped into my life rummaging through my sorrow, you finally decided to propose a solution to my emptiness.

I’ve never felt embraced as such.

I call to you every now and again for a support of allurement, you never seem to struggle with these requests, I have never perceived such a sight as you.

Standing tall has always evaded me like a cold rain scorching the ground below.

Whenever my heart becomes shredded with indecision you offer me guidance and enlightenment, for this I will be unceasingly in your albatross.

Fragments of fire fall upon my stance as my eyes are scorching with surprise; all that has ever mattered to humanity has been flushed ever so quickly.

Ariadne’s note: World Poetry Café with hosts Ariadne Sawyer and Israel Mota welcomed   Victor Schwartzmanto the show. Despite a few tech problems, the show was a fascinating of mixture of poetry,information and discussion about human rights .  Included: A special poem on  her new CD from the poetess and filmmaker Kalpna Singh Chitnis, an American Poet, Filmmaker and Actor of East Indian descent based in the United States. She is also the President and Founder of the Silent River Film Festival in Irvine California.

Two e-poems from  long term supporter, Lini Grol dedicated for Mandela and read on the show. Link does not work: Try this to listen to the show:  http://www.coopradio.org/content/world-poetry-cafe-2

His graphic novel, The Winnipeg Weakly Herald, is currently serialized by the great Canadian lit site, Red Fez.  The Herald is the story of people who work on a community newspaper (Victor’s been working on this since 1994, when there were community newspapers), with each chapter of the novel being one issue of the six page newspaper.  He also volunteers a weekly satiric column for Accessibility News in Ontario on disability issues, and works with Paul Caune on disability issues in British Columbia.  And he still writes that monthly poetry review.
In terms of poetry, Victor is working on a collection of poems which tell stories (“People You Know”.)  From this collection, he offered for a reading on peace issues:

Haunted for years I went to the Wall
a war resister facing soldiers who died
looking at the Wall, my crying eyes
reflected with all those forgone lives
they made the sacrifice I refused
what sacrifice should I have made?
if it was right why do I feel guilty?

I stood there a long time looking
all those names, some guys I knew
someone crying, my eyes are dry
coming home was worse than the war
lifelong friends, tho I have nightmares
greatest time of my life and the worst
and may never know if it was worth it