Ariadne’s Notes: A wonderful World Poetry Plus show on August 25th, 1-2 pm,  CRFO, 100,5 FM featuring the talented Michael Johnson with his new book: How to Be Eaten By A Lion, a unique book full of vivid imagery and flowing words. E-poems by La Shawna Griffith, Barbados and Johanna Boal, England. Music by Penn Kemp and Kris Allen. 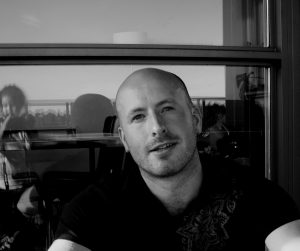 Michael Johnson’s work has appeared in numerous literary journals including The Antigonish Review, The Fiddlehead, The Malahat Review, PRISM International, Mid-American Review and Gargoyle. He was a finalist for Poetry magazine’s Ruth Lilly Fellowship and the Bronwen Wallace Award for Emerging Writers. He was nominated for the Pushcart Prize and, in 2014, won the Dr. Sherwin W Howard Award for best poetry in Weber: The Contemporary West. He lives in Penticton, BC.  For more  information about the book, go to Nightwood Editions, www.harbourpublishing.com