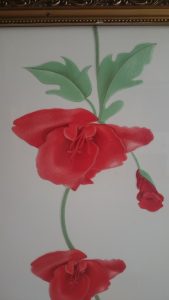 *A New Year painting for peace and togetherness by Afghan Peace Poet Mahmood Jan with his powerful messages of respect, peace and love.

Ariadne’s Notes: The World Poetry Café, Feb. 21 at 1:10 PM PST, 100.5 FM,CFRO featured the welcome music, Londonian Set for piano solo in two movements  played by Mamora Yabuki at Gewand Hall in Hiroshima of the well known composer and World Poetry Music Director Yoshifumi  Sakura along with  healing prayers and love for him.  E-poet: Rabia Ahrar with her poem Wishes Died.

We also welcomed the Metaphysical Poetess Alara Bretanne from Vancouver Island! She read her beautiful poems and sang a healing song chant in Sanskrit . The song was so moving that she sang it twice! You could hear and feel the healing vibrations.

Also, some great poems  from a new anthology by super tech, Victor Schwartzman ,e-poem by Rabia Ahar and a new Big Bessie story by Sharon Rowe from her upcoming book, More Big Bessie Stories.  Don’t miss listening to the show below! The Music is amazing. 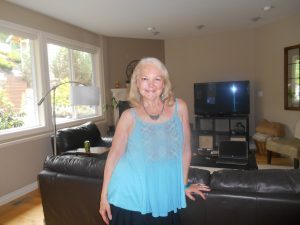 Alara Bretanne
At 15, Alara was introduced to poetry by an extraordinary English Lit. teacher from Trinidad. Through his encouragement, one of her poems was published in the local newspaper. While attaining her B.A., majoring in English Lit., at Western University in London, Ontario, she was strongly influenced by the poets of the “Romantic Era” such as Blake, Byron, Shelley, Wordsworth, Coleridge and Keats. The mystical and metaphysical orientation of their writing gave Alara an expanded world vision
Alara was involved with World Poetry, The Millennium Writers Group, and was featured as a guest poet on World Poetry’s radio station in Vancouver, BC. In 2011, upon moving to Vancouver Island, BC, she joined the Cowichan Writers Group and began writing short stories. Poetry and short stories were published in the Anthologies “One Brick Shorts” in 2013 and “Love Notes” in 2016.

The shadow world thrives on fear essence
Its daily diet of war, violence, racism, lack
A slow death of desperation
The message of permanent hope
Riding an undercurrent in an impermanent illusion

Will you listen to the message?
Will you hear its whisper?
Will you feel its vibration?
Will you act?

Hope sighs, “Shadow has no substance;
Only that which you give it.”
Shadow’s weapon – poisonous lies,
Battering the flimsy shell of the deeper
Indestructible worth of your being.

Shadow maliciously smiles,
“Death is everywhere.”
And licks gritty, black lips
Like the con artist it is

Hope laughs with gut wrenching glee,
“That’s the greatest lie of all,”
Death is nothing, a transition of consciousness;
That is all, a reprieve from matter. 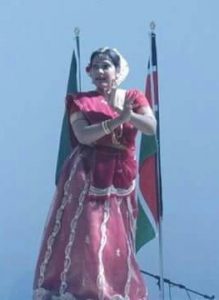 Ariadne’s Notes: We are welcoming Nakshatra Singh, a new e-poet from India. I am hoping to feature all the e-poets whose poems are read on the World Poetry Café,  CFRO, 100.5 FM , 1 PM. PST. (volunteer time permitting)  Mr. Singh’s  opening poem the Journeys was read on February 21st by Victor Schwartzman, our esteemed, sound engineer. 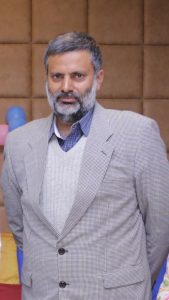 ” I am Nakshatra Singh. DoB 8th Sept 1970. I am from India. I live in Jodhpur city with my wife, son and parents. I am a civil engineer and at present working as Superintending Engineer with the State Government of Rajasthan.
I love morning walks. Most of my poems are born during those happy moments of walks. I believe in four basic pillars of a happy life. 1 Hard Work , 2 Compassion, 3 Reason (justice) and 4 Joy.”

I felt something and turned back,
A smile it was, from eyes, from heart.
Oh, how and why would I resist,
A journey thus began.
In togetherness we moved,
On the longest roads,
On the deepest waters,
In the soaring skies,
Destination after destination,
We sat in the window,
Huddled together,
The tireless carriage of time,
Taking everything to the past,
And sitting in Window,
We saw it all passing down,
A journey lived together.
At last the carriage stopped,
Everything was like dead and still,
Nothing would move.
I wanted my journey back,
And I went out to the shores,
On the shore, it was all set,
On one side, endless water,
On other was that smile,
Wet it was this time though.
I saw in to those eyes,
Smiling hard they were,
Curtains of tears,
layers upon layers,
Everything was lost,
nothing was lost,
And I turned back again,
A voyage thus began….

By – Nakshatra Singh (C) All rights reserved by author.