Ariadne’s Notes: The  World Poetry Café Radio Show welcomed Seann Traviller to the show, March 2, 1-2 pm PST. A fascinating show of short stories, harmonica playing and a poem! Seann brings a unique voice to his work. Below is a short example of his creative voice.

Also on the show  at 1:40 pm, was the wonderful pianist and composer Frank Kimbrough presenting his new trio CD Solstice- a beautiful CD available through Amazon. Courtesy of  Braitwaite and Katz. 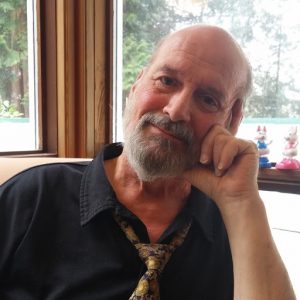 Well you might ask, “Who is… Seann Traviller?”  “Whats’ his measure?”  “Is he… a man, that is happy with his life… especially now that he is… 65?       You bet… I am!  As I am experiencing the best time of my life.  The freedom of retirement, sparked my forgotten passion for writing.  Coaxing out, my languishing creativity… with a flourish of stories.  That creative process, started an ongoing series of interior renovations… affecting all areas of my life.  Bursts of creativity are my source, of joy and help guide me in developing the latent talents emerging from within me.      One new avenue of excitement in my life, is my love of improvising along with the music I listen to on the internet.  Offering me a chance to burst free from my day, via my harmonicas accompanying, an assortment of eclectic music.  I especially enjoy listening to, and playing with the tributaries of the blues, and jazz.   Varying rhythmic lessons… tracing the emotional rhythms of the human heart.  Rhythms that are set into motion by responding hearts’ that translate those emotions into music.  Creating intertwining varying tonal patterns, impregnated with momentary slices of silence.  The essences of the magic… that we call, “music.”  The joy, happiness, and excitement contained in there is its’ own reward, for that joy I feel wondrously comes from inside of me.      To the skeptic’s… please know, I have physical proof as to this creativity’s existence.  In the form of my written stories, and fleshed out ideas… all have been transposed into this reality.  One of those transposed realities is a collection of five short stories.  These, I have shepherded together under the title… “On the Verge, of a Dream.”  The collection includes…’The Ebbing Tide,’ ‘Confessions’ of a Vegetarian Wolf,’  ‘The Living Forest,’ ‘Man or Angel’ and, ‘Sojourning Dreams.’      Here late in my life I have discovered that one of the zesty side effects of creativity and is that… I feel like I am a twenty year-old.  Standing there, gazing ahead at the next thirty years… thinking what a wonderful adventure, they are going to be.  Where I am going?  That’s the mystery, and the surprise of this life, when you let go and let life, come to you!      My desire is to continue exploring new ways to communicate through stories, and film of self-awareness, that examine self-worth, and looking at the formation of our personal perceptions, of the world.  Exploring how I perceive… myself on a personal level, how I taint those perceptions with emotional and mental concepts that are then personalized into beliefs.  Those beliefs can expand… or nullify, our creativity through misaligned self-expectations, entrapped within barriers of self-created fears.     Thru using the of creative expressions of writing and music, I have found ways to empower the personal changes I realized were necessary to free-up myself.  Maintaining the expansion of personal creativity… by continuing to explore the depths of my expression.  We are all story tellers… with our lives becoming the reflections of the stories that we tell ourselves, and start to believe.      Today it is a thrill, when creativity breaks free… splashing across the page, birthing a new poem… a new story… a new harvest of music.  It’s like a waterfall of love, cascading from my heart… in a rush of freedom… transcending itself across my life’s journey.                     Follow the Love… Seann Traviller. 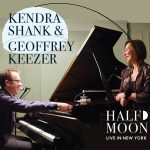 “Shank and Keezer each have an impressive command of nuance, dynamics and texture…. Their shared reverence is balanced by a desire and ability to subtly surprise their listeners…– George Varga, San Diego Union-Tribune.”

Also on the show : Wayne Wallace , Canto America,  unfortunately  poetess  Tara Kimberly Torme was not able to join us.  The show included the return of Creativity Rocks. 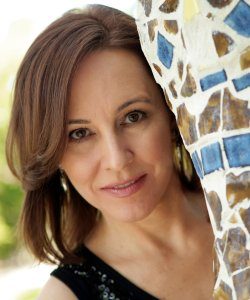 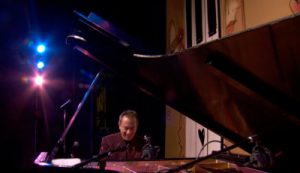 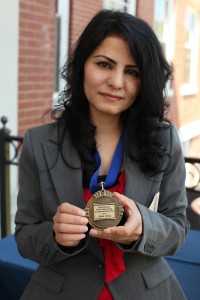