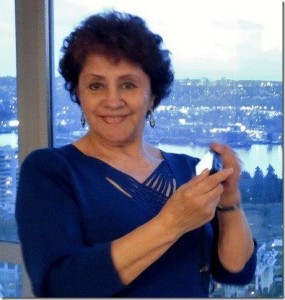 Ariadne’s note: The World Poetry Café Radio Show with hosts Ariadne Sawyer, Vivian Davidson and Israel Mota welcomed the well known romantic poetess , actress and writer Rosario Arias Naranjo to the show!  It was wonderful to see her again and listen to her beautiful poetry. To hear the show, CLICK HERE!

Rosario Arias Naranjo was born October 1 in Pradera Valle, Colombia. Afterward, she resided for three years in Cali. From an early age, she began a literary career, reciting her romantic poetry in Columbia, New York, Houston, and Miami. She also worked as an actress in Cali and in Vancouver in 2010, entered films with Penelope Cruz. She has a CD, Messages from the Heart which was very successful in Vancouver. She writes for the New York magazine Via International. 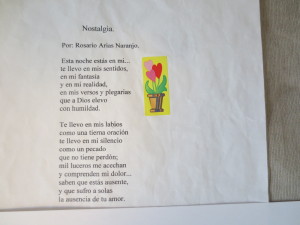 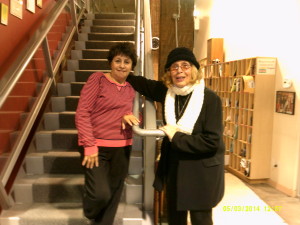 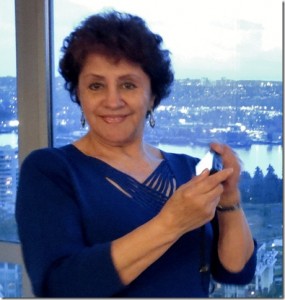 Ariadne’s Notes: we would like to welcome a long term supporter of World Poetry,Rosario Arias Naranjo, a talented poet and writer.  Ariadne Sawyer and Israel Mota welcomed her to the World Poetry Cafe. To hear her on the show CLICK HERE! Also a special e-poem by Romero Della Valle.

Rosario Arias Naranjo was born in Pradera Valle, Columbia. From a very young age, she began writing letters, articles for the papers, magazines and radio. With this impulse she began writing poetry. With her poetry, she performed in Columbia, New York and Houston, USA. She also was in two movies in Cali under the name: Heels. She presented in New York, and was an actress in Todelar, Columbia and  acted in in photo novels for the newspaper El Caleno. In 1999, she came to reside in Canada, participating in World Poetry and the Vancouver Public Library as well as the World Poetry Cafe on Coop radio with the poets Alejandro Mujica-Olea and Ariadne Sawyer, in the show the Bus at 7 by Ramon Flores and Latino Soy program of Edwardo Olivares.

Her new book and CD is Messages of the Heart in the Afternoon. She  participated in other  films including one with Penelope Cruz. As a writer, she was published along with other poets from 20 countries in the book, World Poetry Anthology 2001. Rosario is an active and loyal participator of Latin American events in Vancouver, BC, Canada.