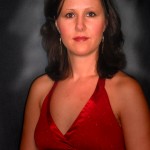 Sonja Grgar writes poetry, essays, and short fiction. She has been a featured reader at Hogan’s Alley Café and the TWS (The Writers Studio) Reading Series in Vancouver, and at New Westminster’s Poetic Justice. She has both opened for the Surrey Muse Open Mic, as well as hosted the group’s meetings. Sonja also regularly contributes to Surrey Muse’s blog in her new capacity as the group’s Media Coordinator.

Sonja’s work has been published in an Ontario based anthology called That Not Forgotten (Hidden Brook Press, 2012), in the “Globe and Mail”, and has been broadcast on CFRC 101.9 FM Radio (Kingston, ON).

In the past year Sonja has created four short magazine style television stories for a Shaw TV program titled Local Connection. The latest of those stories is a profile of the Surrey Muse group, and can currently be found on utube. She has also been a guest on Shaw TV’s Money and You, where she spoke about her writing and her salsa dance classes.

Most recently Sonja co-hosted an episode of This Night Wounds Time, a radio program airing on CFRU 93.3 FM (Guelph, ON) devoted to avant-garde music. The episode Sonja was involved with explored Serbian music in the context of cultural identity and nostalgia. She was also just featured as the book signing author at Renaissance Books in New Westminster where she presented the That Not Forgotten anthology.

Her eyes have known
It all;
The silent cry of a
Child who doesn’t belong,

The lonesome lullaby
Of bodies hushed to sleep
Where the soul
Feeds a silent storm
All night long.

Her eyes have known
The will to
Make any seed grow,

To snatch it from the gloomy soil
And the hungry rain,
And have it reach
For itself again.

Her eyes have known
A wisdom others barely touch,
Which seeps from her
Like incensed breath,
Like water that carves
A love letter out of rock.