Ariadne’s Notes: The World Poetry Café Radio Show with Hosts Ariadne Sawyer and Israel Mota welcomed the wondrous youth poet  12 year old  Anviksha Srivastava who plans to be a Doctor but also continue with her poetry. Calling from California, she wrote a special poem for Canada Day. We want to thank her for her patience once again with initial phone difficulties which seemed to improve as the interview continued. An beautiful e-poem the Niagara River by our eldest, 100 year old Lini Grol who is an example to us all.  Music by Canadian Singers and musicians, Susan Cogan, Linda Lucas (with her dream song)  Swan Walker and Rene Hugo Sanchez. To HEAR THE SHOW CLICK HERE 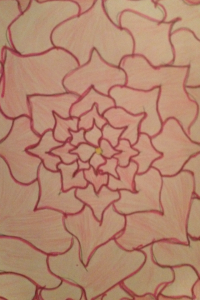 Anviksha writes:
“Hi Ariadne,
Thank you so much for having me on the show!
Here is the poem I wrote for Canada today on her
day: “Dear Canada”.

in your land
of hope
sprouts success
in your flag
I see
the dreams
of millions
In your
cool breezes
I see
the desire
to thrive
this is the land
where people
can grow
their thoughts
with your open arms
you welcome everybody
you give them
love and laughter
to share
so people don’t
want to
leave you
Dear Canada
God Bless You! 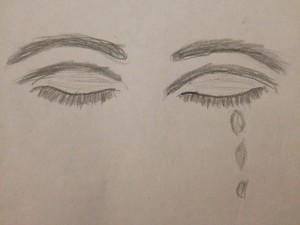 A poem for peace.

I want to share
Smiles with hope
As it flutters
like a butterfly
around rainbow of laughter
I want to
hold hands with love
and become one with it
I want to
cherish a moment
With friendship and trust
I want that
There will be no wind of pain .
Only Breeze of understanding
Flowing amongst us
I want
that In my
Canvas of imagination
I can paint
A perfect world
With no boundaries
But
When I wish out loud ……
People called me crazy
And I’m left alone
With my dream of peace
Swaying under my eyelids. 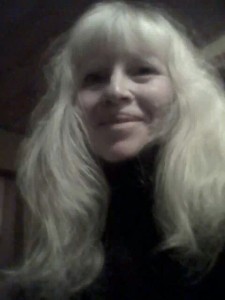 Ariadne’s note:
The World Poetry Café Radio Show  with host Ariadne Sawyer proudly welcomed the talented poet Lisa Shatzky in a fascinating interview with her poems, writing tips and life on a boat with a dog who thinks who is a cat. The welcome music by Clara Hsu
unfortunately did not work, but will try next week. Also sorely missed was host Israel Mota. Music by Bach, played by Yo Yo Mah and Victoria Musician Swan Walker. To hear this interesting show CLICK HERE!The World Poetry Café is asking for new members! Please go to www.coopradio.org and become a member of our show. 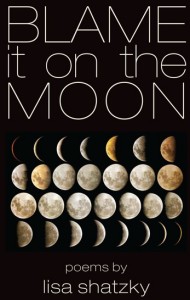 Her most recent poetry book “Blame it on the Moon” was published by Black Moss Press in November 2013.http://blackmosspress.com/productcat/poetry/

Her poetry book “Do Not Call Me By My Name” was published by Black Moss Press in August 2011 and was shortlisted for the Gerald Lampert Poetry Award in Canada in 2012.
Shatzky has also had prose published in a book called “Living Artfully:  Reflections from the Far West Coast published by The Key Publishing Group in September 2012, as well as poetry published in a Bowen Island anthology published by the Bowen Island Arts Council in 2013 called “This Island We Celebrate”.
When not writing she works as a psychotherapist on Bowen Island, B.C. where she lives on a boat with her partner Don and her children and various cats and a dog who thinks he is cat.

Suppose on a Monday afternoon
brewing traffic and deadlines, the elevator

smaller than any room in your house.
the man in front of you shifts back

and forth looking at his watch and the boy beside you wears only purple and a Mohawk haircut with a guitar on his back.

Next to him a woman stands on duty in a stiff blue dress buttoned high
carrying a bag of oranges imported from Spain.

Suppose this was all there was for the next two hours.

Suppose the shifting man now faces you, his eyes far away oceans you might have seen somewhere.

Suppose the Mohawk boy spits on the ground and can’t stop saying fuck.

Suppose the woman on duty unbuttons her collar and few oranges spill out gushing the room bright and bold.

Suppose you find an unfinished poem
in your backpack, the one you would never share

except for now, a poem about someone you thought you loved and never told and now it’s too late.

Their glory, a glory so tender the woman takes off her jacket and says it’s hot in here and you stumble

Hums and murmurs something about yes, yes, I know that song and the elevator reveals

Itself for what it really is; an abandoned hermitage found again or a snatched up moment in paradise

Or the one small thing we felt
Brave enough to do that day
And no one wants to be rescued,

Not yet, not yet… 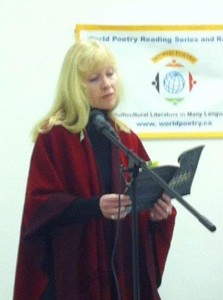