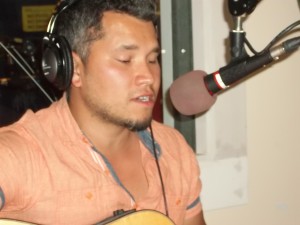 The World Poetry Café Radio Show with hosts Wanda Kehewin and Ariadne Sawyer  welcomed the wonderful and inspiring Musician Don Amero on the show. He is a mentor and a great example to youth and others. One of his goals is to let people know that they can break the links in the chains that bind them and to be inspired to get out of dark places. He also spoke of the poisonous atmosphere that feeds an ego when dealing with awards and recognition and how important it is to be appreciative and focus on inspiring people. To hear this amazing show with live in the studio music CLICK HERE! We are now on mobile phone also. 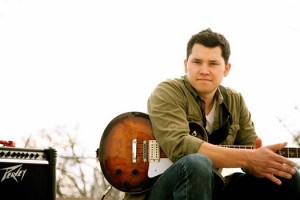 “Don Amero remembers it well. It was the day that changed his life. On September 15, 2007, he walked off his job as a hardwood flooring installer and set out to pursue music fulltime. And
what a good day that turned out to be.

While a lot has happened for Don in a short time, it actually was a long road for him to get where he is now. From the notoriously tough North End of Winnipeg, Don faced his share of adversity growing up. With poverty, gangs, drugs and violence all around, fortunately, his life was tempered by love, support, and faith in a Greater Power.

Shaped and molded by his own experiences, Don’s music carries the depth of hardship and luminosity of hope. His message is one of encouragement, positivity and beauty, despite the harshness of the world.

Don’s desire to take a shot at music was ignited with the surprise success of his debut album – fittingly called Change Your Life. Released in the fall of 2006, the single Freight Train reached #1 on the National Aboriginal Countdown, and the album received seven nominations at the Aboriginal Peoples Choice Music Awards (APCMA).

In 2009, Don’s second album Deepening saw two more singles, I’m Just Me and She, climb to #1 on the National Aboriginal Countdown. Deepening earned him Aboriginal Songwriter of the Year at the Canadian Folk Music Awards, Male Artist of the Year at the Canadian Aboriginal Music Awards, and several more nominations. His professionalism and perseverance also caught the attention of a renowned CBC Radio host, who bestowed Don with the James Brown Hardest Working Musician Award – a playful prize which actually rings true.   In 2010, Don was honoured when selected to perform with the world‐renowned Winnipeg Symphony Orchestra. Three of his original songs were scored for symphony accompaniment, and his performance was featured as part of the Indigenous Festival. That same week, he was introduced to all of Canada as one of the headlining acts at APTN’s National Aboriginal Day concert, which broadcasts live from coast‐to‐coast‐to‐coast.

Don’s third album The Long Way Home was released in the fall of 2010, receiving rave reviews from media and fans alike. The country‐flavoured first single Right Where I Wanna Be was featured on radio stations across Canada, and became the chosen track for Don’s first music video.

Don’s first Christmas album, Christmastime, was released in November 2011, and featured at his annual holiday concert ‘Amero Little Christmas’. His original song All I Need This Christmas was released to radio and played by 35 radio stations in Canada and the US, earning it the #5 Most Active Indie designation on DMDS.com.  The single Through The Storm from The Long Way Home was on the National Aboriginal Countdown for nine weeks in 2012 – capturing #1 for two of those weeks. Turn These Grey Skies Blue burst onto the scene as #3 on overall

DMDS downloads the day it was released, and a Top 10 Most Active Indie.

Heart On My Sleeve is Don’s fourth album, and a self‐produced labour of love. He proudly calls it his most personal album to date, and if you listen from beginning to end, it tells a story. Heart On My Sleeve was released in October

2012 at an “intimate and international” house concert streamed live on APTN.ca, and was nominated for

The single Gonna Be A Good Day climbed to #4 on the National Aboriginal Countdown.

Don has experience many career highlights so far, including being nominated for the 2013 JUNO Awards, and being invited to perform at W. Brett Wilson’s private fundraiser, and Tom Jackson’s flood‐benefit concert Halo High Water. Another highlight happened in January 2013, when he was selected to showcase at the National Museum of the American Indian in New York City. The engagement was part of the APAP World Music Conference, and Don was pleased to be one of three Canadian Aboriginal musicians chosen to perform for a full‐house of New York music lovers and conference delegates. This was followed up in March by a special showcase performance at the Reservation Economic Summit in Las Vegas.

Don’s albumsand singles can be purchased on iTunes, Amazon, CD Baby, and on Donamero.com. His albums are available at HMV in Winnipeg’s Portage Place mall. He also has a free mobile app that lets fans listen to his music, check out photos and videos, read blog posts, and more.

Deeply inspired by his life and surroundings, Don makes a point of going to the cabin as often as possible, spending time with friends and family, and enjoying the company of his wife Pam and adorable one‐year‐old son Oscar. Because no matter what else is going on, it’s the personal things that matter most to him.

Grateful for his success so far and eager to see what the future brings, Don’s decision to make music is proving to be a good one. And even though you could say it’s been a long road for him, that’s okay. Because he knows for certain he’s on the right one

Don Amero is considered a role model, and an inspiration to young people of all ages. Working with youth is something he is passionate about, believes in, and puts his heart into. Combining storytelling, songs and activities, Don presents workshops that are fun and interactive, keeping youth engaged and interested.

He has covered topics like Making Music, Songwriting and Recording, Pursuing Creative Careers, and Goal Setting. He has also been asked to present sessions that are more personal, and share his own story about overcoming the odds, bringing messages of hope and inspiration. He will customize workshops for specific groups and audiences, and tailor presentations to particular ages.

Don has performed and presented at several schools, and for youth gathering and organizations.” 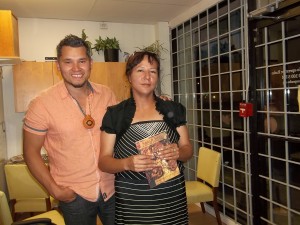 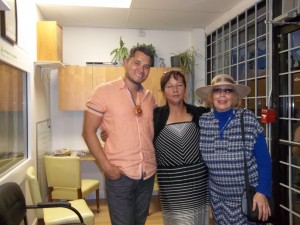 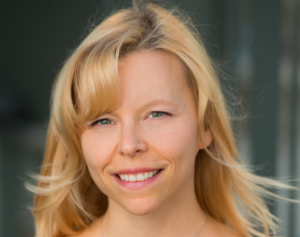 The World Poetry Café Radio Show with hosts Ariadne Sawyer and Wanda Kehewin  were proud to present Rachelle Chartrand on Tuesday, June 2nd 9-10 pm, 100.5 FM in a facinating and “awesome” show full of honesty and insights. CLICK HERE to listen and download. 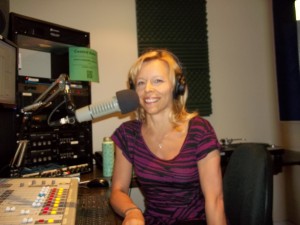 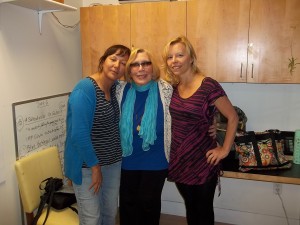 On the show with hosts.

Rachelle Chartrand is an award-winning screenwriter, producer and past-president of Women in Film and Television Vancouver. She has been involved with the film industry for fourteen years, first as an actress, then as story consultant and creative producer and now as a full-time screenwriter. Additionally, Rachelle holds a bachelor’s degree in physics with a minor in mathematics from the University of Alberta. Her eclectic teaching experience includes working with ESL students abroad as well as at-risk youth, young offenders and autistic children at home. Rachelle currently resides in Vancouver, British Columbia where she continues to emerge.

Her powerful book and life changing book is available through Amazon, Banyon Books, The Book Warehouse , Barnes and Noble and Balboa Press. 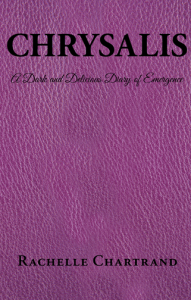 The show began with a tribute to Edna Anderson  with one of her poems read. The current Poet Laureate Candice James spoke about her experiences as a Poet Laureate and her plans for the future. She also read several poems from her new upcoming book.

Next Evelyn Benson read poetry from  Don Benson and talked about their  strong team connections. She even sang a song! !

Photos by Bryan Antenor, official photographer of the celebration event: 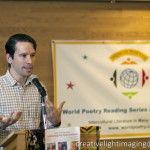 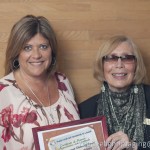 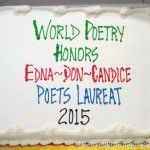 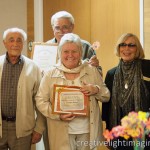 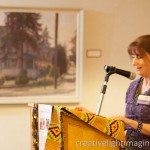 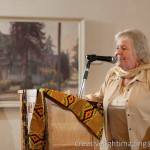 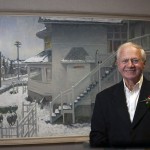 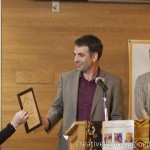 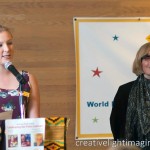 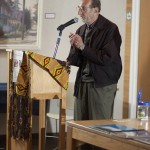 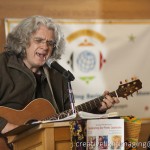 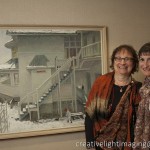 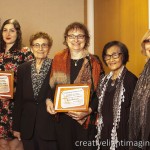 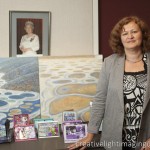 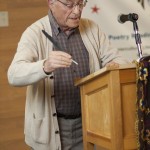 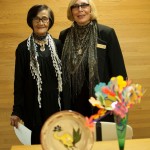 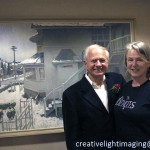 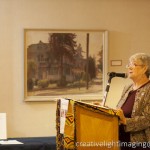