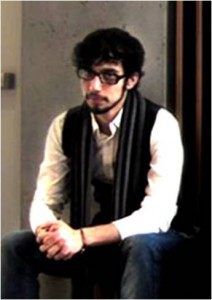 Alberto Cristoffanini is an apprentice juggler of words, amateur sound-acrobat, and trapeze artist of language. Born in Chile, he has been attempting to write poetry since reading Neruda at the age of 8.  For the last couple years, he has turned his efforts onto performance poetry. He is an alumni of the 2011 Ignite! Spoken Word Mentorship program and co-president of Slam UBC for 2011/12.”I would very much appreciate if you could throw the links to my blog (www.writewhatsleft.wordpress.com) and the UBC Slam blog (http://slamubc.wordpress.com/)

He said he only ever wrote in green because it is the colour of
hope.
This may sound completely arbitrary but, I assure you, it is not.
His words grow like tendrils in my mind, wild restless shoots
that spread their eager toes and fingers where they will,
planting  images in the fertile valleys of my ribcage:
One. the telltale palms of my grandfather’s grapevines,
rough from the sun’s unabated kiss, from the labour of
drawing life from deep within the Earth and bearing it to fruit
as the taste of a star’s lips that are Chilean grapes. And let me
tell you, there is nothing sweeter than the children of a miner.
Two. the emerald glint of a seashell’s heart, because despite
what scientist’s will tell you, some molluscs wear their insides
on their sleeves. Three. the curiosity with which I picked one up
nd learned what sleeves are for. Four. the colour of the ground
the day I learnt I was not cut out for soccer. Five. the inebriated
breath of forest moss as it whispered the secrets of life: there is
no death. Six. the foamy laughter of a seastorm as it dances
to the music of the wind; the ocean is most beautiful when it’s
just about to burst.

His words first planted the seeds in my mind to write a tree of
poetry, because I could taste from their vegetable yield that
our roots intertwined far down into the earth, where dirt knows
little of time, people, flags, or pens.

So, yeah, I may still be a little green to be making statements
about the nature of life, but it is no coincidence I am full of hope.
Like an irrepressible artichoke, my heart is leafy with chlorophyll
ready to photosynthesize the caress of any radiant day into this
optimistic longing, this insatiable aquamarine fire that
like my grandmother’s hearth burns for the rainy days.
Like the timeless ticking of the kindling-boy’s horse-cart
on the cobblestones reminding me that I can always reach down
past the hours and hours of sand blown to glass on rugged
grandfather clock faces, delve down where dirt knows little
of time, people, flags or pens, and grasp the nutrients to feed
this fire. This never stop dreaming of greener grass fire.
This fire that taught me that the grass is always greener
on the inside. Because you can wait in the green room forever,
but the only cue, the only green light you’re gonna get is
its timid glow. And you don’t need a ring to be the Green Lantern
on the path of your life. So even though any Kermit will tell you,
It’s not that easy being green.

Let these words sow grapevines of aquamarine fire inside your chest,
no matter how many times someone eats your artichoke heart.

To listen to Alberto on the radio, please click here. 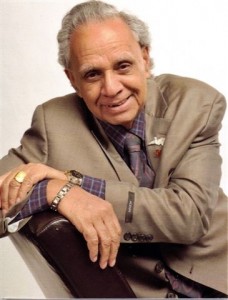 Poet Laureate of Ansted University and also an expressive voice of Canada, India and Pakistan, Stephen Gill writes usually from the point of global peace and social concerns. He has authored more than twenty books, including novels, literary criticism, and collections of poems. His poetry and prose have appeared in more than five hundred publications, mostly in Canada, the United States of America and India. He has also written and published book reviews, research papers on writers and on world peace.

Stephen Gill was born in Sialkot, Pakistan, where he passed his early childhood and grew in India. After teaching in Ethiopia for three years, he migrated to England before settling in Canada. He studied at Meerut College (Agra University), University of Ottawa (Canada), and Oxford University (England). He is an Adjunct Professor of EAU (Europe/American University)

Ariadne Sawyer MA is honoured to recive the International  Peace Award from Dr. Gill and the Writer’s Lifeline:
“WRITER’S LIFELINE INTERNATIONAL PEACE AWARD Confers upon ARIADNE SAWYER
FOR THE YEAR 2011

This award is in recognition of outstanding achievement
AS A POET for dedication to the cause of inspiring writers
and poets through conferences, lectures, readings, personal
counseling and for extending the frontiers of the human family
by paving a path of love and understanding.

To be presented at International Festival organized by World Poetry on
May 15, 2011″

The other WRITER’S LIFELINE INTERNATIONAL PEACE AWARD is presented to
Prof. Dr. NDR Chandra edits Journal of Literature, Culture & Media Studies.
He is a Fullbright-Nehru Post-doctoral Fellow at Brown University, Providence RI, USA, and Professor of English at Nagaland University Kohima, India. As a literary critic, he has authored several books. He is a prominent scholar. Our best wishes to him on recieving such an important award.

the hounds of war

the luxuriant pastures of prosperity

melodies of the dove slumber

under the foliage of the rainbow

of the stinking atmosphere

the robots of fire.

that the dance of the hounds

to let her pacifying carol

IF THERE BE A THIRD WORLD WAR

If another war breaks out

no one may survive

the white front of the moon

that is often so  fascinating

and to sit in  pleasant warmth

or be captivated by the vastness

of an unmoving glossy ocean

under a starlit stilly night.

The clear blue skies will glow

through the mist and rains

seasons may come and go

but no singer to glorify  them

the gleam from the moon

glancing off the ruffled lakes.

Mother shall be lonesome

gases hover on her

the hounds of disease wander