World Poetry Would like to welcome our first poet from Romania!

Born in Romania ,Radauti, the poetess Marieta Maglas studied at the University of Medicine in Cluj-Napoca (1982-1987), earning the diploma of doctor-medic in dentistry. She has started to write poetry since she was 14 years old publishing her poems on Romanian literary magazines as ‘’Azur ‘’,’’Clopotul’’,’’Junimea Literara’’. At 14 years age, she won the second place National Award for Poetry,the poems being published on the national literary magazine ‘’Contemporanul’’. Later , her poetry was published on different English literary magazines like ‘’The Burning Splint”,’’Ezine articles’’, ‘’ Ikenobo Ikebana Society of America’’ , ‘’Velvetillusion’’(Alabama) ,’’Lusi Library’’,’’Ansel Cheng Photography’’,’’Articlebase’’,’’Allvoices’’, ‘’German Trans’’,’’ Curated Exhibitors’’ and many others.

The idea staying on
its edge of dream
like the winter
melting on its edge of spring,
so serendipitously
to give birth to
the reality.

Your sight was poignantly penetrating  me within.
Your blue eyes were even more bittersweet in that opaque singleness,
our touch was like a sadness piano song.

I did  not know when you really wanted to exist for yourself
while pretending to be existent.
I kissed you and you thought that it was only a kiss
but I wanted to swallow your silence
and to blow into the air your defense.

You were dying inside of you.
You loved me in this  secret room of ours.
We could understand our existence.
That room kept us hidden from the whole world for a second.

In our  dream, we became free
We tried to free  our mind and our souls,
but our dream couldn’t  generate any idea.

We made love for no other reason but to love each other.
I  became a milky white ivory Galatea of yours.
You made me your woman for that sense of belonging.

You became that Pygmalion of mine,  for without me…..you….. 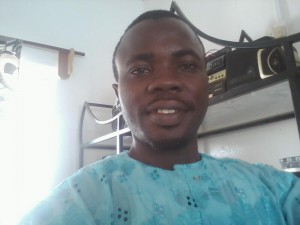 We are honoured to welcome a new member and talented poet, Mutiu Olawuyi to World Poetry!

Mutiu Olawuyi (JP) is a Gambian-based Nigerian Poet, translator, literary critic, anthologist and activist. He is the initiator and Managing Editor of MUSE FOR WOMEN and POETRY ZONE groups (online) -where poets from corners of the world ink to say NO TO VIOLENCE AGAINST WOMEN and share their work for constructive criticism respectively. He published three collections of poetry titled: AMERICAN LITERARY LEGENDS AND OTHER POEMS (2010) and THOUGHTS FROM THE JUNGLE (2012) and 9/11 POETRY (2012). He edited and contributed to the maiden ANTHOLOGY OF THE MUSE FOR WOMEN (2012). His poems and articles have appeared in international journals and magazines in Nigeria, India, United States, Ireland, Greece, England and Canada. Olawuyi also has some of his poems translated to Yoruba, Arabic, Malayalam, Telugu, Greek, Esperanto and Hungarian. For more information about Mutiu, go to http://versesofthejunglepoet.blogspot.com

My Days Outside Were Never Wasted
By Mutiu Olawuyi

I do not believe they were wasted
my days outside Ikirun-Agunbe;
the cola-nut demography where – son
of the soil – I call proudly myself
even though my mother’s womb landed
me not really there, but Ilesha.

I do not believe they were wasted the days I spent in Mesu-Jamba land;
for there I sipped cups of witty water
and became precacious in body and spirit
Even though I smelled hell from her window,
she made me strong and fired my race.

I do not believe they were wasted
those months I spent in Oji-River;
the land of Abacha, Apu and Ogbono,
where women plough, men befriend palmwine,
and the youths jump joyously behind masquerades.
There I learned the aching life of loneliness.

I do not believe they are wasted
the years I spend beyond my father’s land,
as the wing took me via the caring air away to Brikama, and through the tick soil to Tabokoto
and ultimately to MDI boulevard – for there I tasted the life of a kinless alien among aliens.

(xi)     The Song of My Soul, Carty Poetry Journal, Ireland

http://cartyspoetryjournal.com/Issue_09/CPJ-IX.pdf (xii)     The Journey to the Archangels (translated to Greek by Chryssa

(i)       Computer as a Developmental Instrument for the Nigerian 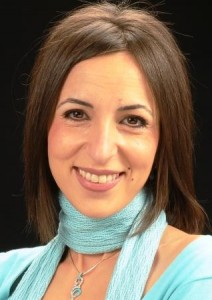 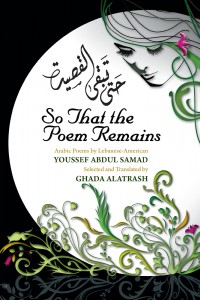