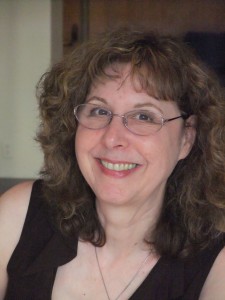 While raising children and teaching, she also served as a community activist on behalf of families who live with chronic mental health conditions. She consulted with school districts about mental health and community support for children. She also presented workshops at numerous state-wide and local conferences. In 2006 and 2009 she was nominated for the Hero Award by the Washington Community Mental Health Council. She received several awards for Exemplary Service from the North Sound Mental Health Administration for Advocacy, Service Integration and Cross-System Collaboration. In 2004-05 she was awarded WA State School Counselors’ Advocate of the Year Award. Currently she co-facilitates a bi-monthly support group for people who have lost loved ones to suicide.

Scott’s poems have been published in several West Coast publications including “Flirting at the Neighbourhood Bakery,” a winner at the 2010 Surrey International Writers’ Conference.

Her book A Courtroom and a Waterfall: Odes to the Spirit is currently being considered for publication. This May, she was a featured poet at our World Poetry International Festival.

One day a fellow writer
from far away and long ago
called unexpectedly.

Three times she disclosed:
God is in the timing….
How odd, I thought,

she speaks of time
as God’s home
or homeless shelter

A fellow writer from long ago
and far away with stories
of God and time, calling me,

yes, I took note.
Later that same day, a young
friend and I reconnected too,

he so haunted
by voices and drugs
to drown them out,

and me so depleted
by visions of bitter lives,
social justice unrealized.

Yes, our pasts reverberate
with enough sorrow
to break our hearts.

Yet, blessings unfold
as days expose
the ordinary: juxtaposed,

and in the throes and synapse
of time, I’ve come to know,
friends show up, safe as clay.

Gladly, I say
time calls us
together today.

Poems begin with a catalyst. My call to poetry arrived as I sat in a municipal court room. That day, six jurors were selected, and I was not one of them. Nor was I a poet then. Yet everything about that morning said: Pay Attention; Full Attention; Surrender to What is Happening Here.

By chance, my juror number was my birth day and month; by chance, the stranger beside me was attractive and friendly. As we waited for jury selection to begin, we whispered like children swapping secret family stories. A move to the segregated South when he was seven invoked in him his moral outrage. In college, he marched against the Vietnam War in Washington D.C., as our military stood on rooftops with guns aimed at the marchers. A professor of religious studies now, he turned back to his Bible. I, at that time unfamiliar with the Bible, opened up a newspaper. Suddenly I was reading of a dear friend’s death. I plunged into grief in an irreverently silent court room.

Does poetry matter? Most likely when we ask: What use are we. The court case involved a homeless man who had disturbed the library’s silence and threatened the head librarian. I would not have reached a verdict. For years, as an educator and an advocate for people with disorderly brains, I challenged our cultural and legal discriminations against mental health, safe environments, arts-based educations and health care for us all.

That court day, I was dismissed from my civic duty and walked the lonely streets to my locked car. In grief, it was time to reckon with What use am I.

So began two tumultuous years. I lost my job, not just any job, but what I considered my life’s work. I lost friendships associated with that work. For solace, I put myself into the hands of words, the stroke of their fingers: rhythm, sound, image, meaning, and spirit.  I wrote “A Courtroom and a Waterfall: Odes to the Spirit.” The book calls us toward justice, creative expression, grief and healing. Through the writing, I discovered syllables are the electro-chemical molecules of the spirit. They call us to witness and to heal.

For those two years, I received several mysterious calls. One morning the phone rang and I heard: “This is your cousin, Betsy. Did you know we had a cousin named Michael? He died yesterday. Age 49. How come our parents never told us about him?”

Mystery is the optimist’s word for confusion. As a poet, I write from within the snowstorm of my external and internal worlds. I listen. Words shower down like snowflakes. I shovel. A poem comes together and falls apart. I shovel on. My battered ego eventually, painfully, leaves behind my What use am I and asks the poem what it wants to be. Before bedtime, I read over the day’s attempts. When I’m tired, they don’t make sense. I leave the poems alone until morning. At first waking, I listen and shovel until in spirit’s time, each poem shapes itself syllabically, as it wills.

What use are we? I love being of use to poetry.

Does poetry matter? When north winds chill, when snowflakes fall, when external and internal worlds tremor, when love and grief cover our feet and climb to our knees, then poems summon us to clear a path lit by the sun, moon and stars.