Powerful Jazz greats!  Due to the stature of the guests , I will do separate features. Peace e-poems from  Bam Sharma, Nepal and Davynouich Fidel plus a special poem by Mamta Agarwal from India, a Big Bessie story  by Sharon Rowe. (people look forward to her stories)  Suburb piano solo music from his new CD “Serious Play” by Lazlo Gordony and live singing with the amazing voice of Gillian Williams made the show a special one. Many thanks to  Ann Braithwaite and Katherine Growdon for presenting Lazlo and Osiris Munir for presenting George and Elena.http://gilliamjazz.com

Thanks to Victor Swartzman , super tech and reader and Sharon Rowe , special volunteer.

***Next Thursday, on November 16, a celebration of African Voices  with Michael Kwaku Kesse Somuah from Ghana and e-poet Olajuwon Timileyin from Nigeria will make a must hear show! 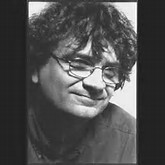 Laszlo Gardony is a critically acclaimed artist who has brought his soulful improvisations and compositions to audiences in 26 countries. Winner of the Great American Jazz Piano Competition, Gardony has been called a pianist worthy of praise within the highest pantheon of performers by Jazz Review and a great pianist by Dave Brubeck.

Gardony has been praised for his fluid piano by The New York Times and for his uniformly high quality of compositions by All About Jazz Magazine. Jazz Times has called him one of contemporary music truly original voices and a formidable soloist who lives in the moment. 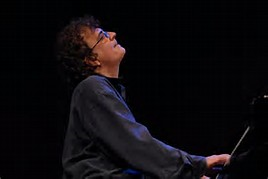 As a sideman, Gardony recorded and toured extensively with Yoron Israel’s High Standards Quartet and with Matt Glaser’s Wayfaring Strangers. He has performed with the David Fathead Newman Quintet at numerous jazz festivals. Randy Brecker, Dave Liebman and John Blake appeared as guest soloists with his group.

Gardony has been featured with the Boston Pops, the Utah Symphony and The Smithsonian Institute Beyond Category Traveling Duke Ellington Exhibit.

Additionally, he appeared live and on record with vocalist, Shelley Neill’s group and with guitarist, Garrison Fewell’s quartet. He has performed with the Eddie Gomez Quintet, Victor Lewis and the Marco Pignataro Jazzet. Gardony was also commissioned to arrange his original compositions for The Danish Radio Big Band.

Laszlo has been living in Boston for the past twenty five years, where he is a Professor of Piano at Berklee College of Music.

Born in Hungary, Gardony showed an early aptitude on the piano. He wasn’t much older when he started improvising, devising little tunes inspired by the blues, pop and classical music he heard around the house. Immersed in the European classical tradition while growing up, he was drawn to progressive rock as a teenager, and spent countless hours improvising blues-based music at the piano. He investigated gospel and studied jazz, a passion that soon overshadowed his classical pursuits. We had jazz and African music classes at the Conservatory, Gardony recalls. There were some very knowledgeable people and a lot of records. When it came to jazz it was a tiny community, but very inspiring.

After graduating from the Bela Bartok Conservatory and the Science University of Budapest, he became one of Europe’s most sought after accompanists, and released his first albums as a leader. Possessing a powerful sense of swing, a strong feel for the blues and a firm command of post-bop vocabulary, he gained invaluable insight by sharing festival stages with acts like Art Blakey’s Jazz Messengers and Abdullah Ibrahim. After several years on the road, Gardony decided he needed to deepen his knowledge of jazz.

A full scholarship to Berklee brought him to America in 1983, and a faculty position at the school upon graduation kept him stateside. He made his US recording debut with the acclaimed 1988 album The Secret (Antilles) featuring Czech bass great Miroslav Vitous and drummer Ian Froman, but it was his 1st place win the following year at the Great American Jazz Piano Competition that catapulted him into the national spotlight.

His primary vehicle for the past decade has been his state-of-the-art trio with bassist John Lockwood and drummer Yoron Israel, an ensemble first documented on the 2003 Sunnyside release Ever Before Ever After. One of the finest working bands in jazz, the group performs and records regularly, exploring Gardony’s extensive book of original pieces as well as the occasional standard and jazz classics by the likes of Horace Silver and Billy Strayhorn. Gardony augments the trio’s latest release, 2011’s beautifully textured tribute to jazz’s African roots Signature Time’s (Sunnyside), with Stan Strickland on saxophone.

Laszlo continues to tour and record, attracting new fans and earning critical acclaim for his synthesis of many musical sources and for creating a joyous, powerful, insightful, and open spirited music.

Laszlo Gardony is a New England Foundation for the Arts Touring Roster artist. NEFA provides up to 50% of musician fees when his trio is presented by a non-profit organization in five New England states (not in MA) . For more information please visit Laszlo Gardony’s page at NEFA’s CreativeGround.org (formerly Matchbook.org)