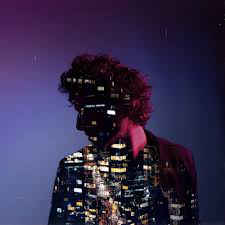 Ariadne’s Notes: On May 23 from 1-2 pm PST, the World Poetry Café radio show , CFRO 100.5 FM, went around the world with poets and musicians from Bhutan, Ghana, the US and Canada! I will doing a feature on each one.

The  lovely  release of the CD Tiny Lights was featured  with the visionary Romain Collins at 1:30 pm PST  was a highlight in the show. I love the quote:

” Tiny Lights are a reflection of your personal and unaffected blueprint. They symbolize the ceaseless intuition that flickers deep within, they push you to follow your true north, to peruse a vision that belongs to you and you alone. They are the expression of your primal light force and drive you to become all you can become. Tiny lights live inside of everyone.” Romain Collins.

To find out about shows in the US and Europe, go to https://www.romaincollin.com/ 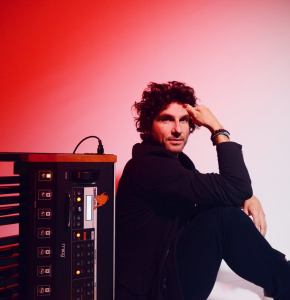 Tiny Lights release:
Described by NPR as “a visionary composer, an extraordinary jazz pianist and a very bright young rising star in the jazz world”, and touted by the Boston Globe as being “among the leading lights of a new breed of jazz players”, Romain Collin continues to develop “a highly personal and contemporary vision” (A Blog Supreme, NPR), blurring the lines between virtuosic improvisation, sound designing, indie rock and classical music. About to release his new brainchild, Tiny Lights…, Collin keeps developing “a unique voice, a crystal clear vision” (UK VIBE), making his mark on the New York scene, as well as internationally. Tiny Lights… is a unique project that features Obed Calvaire playing acoustic and electronic drums, Matthew Stevens on electric guitar and Collin on piano, vocal effects and Moog Taurus- a bass pedal synthesizer. Two numbers on the record also feature the Prague Philharmonic Orchestra.
In 2009, Collin released his debut as a leader, The Rise and Fall of Pipokuhn (Fresh Sound), a record described as “an astonishingly mature and ambitious debut that secures Collin a placeholder in the continuing evolution of the grand tradition of the piano trio” (All About Jazz). The album made New York jazz critic David Adler’s list of notable debuts of 2009 and got radio airplay throughout France, Japan and the US – including a special feature on WNYC Culture program. Collin was soon after invited by legendary pianist Marian McPartland to her prestigious Piano Jazz show on NPR to discuss his artistic vision and to perform solo piano.
In 2012, Collin released his second album as a leader, The Calling (Palmetto). The record was produced by Matt Pierson and features Kendrick Scott on drums and Luques Curtis on bass, a band of “astonishing capabilities, filling a landscape of incredible expanse” (All About Jazz). The Calling has been described as “a tour de force that showcases Collin’s strengths as an accomplished composer and virtuoso pianist of the highest order” (JazzEd Magazine), and as “a work of art that is worthy of being held onto for generations to come” (Eric Sandler, The Revivalist).
Collin’s third release, Press Enter (ACT, 2015) features once again Scott on drums and Curtis on bass. This record was described by the New York Times as a “winning new album”, hailed by Jazz journal, UK as an “absolute masterpiece” and praised by All About Jazz as an “extraordinary album”. The group has toured in major venues and festivals throughout France, Germany, Spain, Italy, the Netherlands, Switzerland, Turkey, the United States and Japan.
Romain, originally born in France, attended Berklee College of Music (’04), where he studied performance with the likes of Dave Liebman and Joe Lovano while majoring in Music Synthesis. In 2007, Collin graduated from the prestigious Thelonious Monk Institute of Jazz where he held a Full Scholarship as the pianist of an ensemble handpicked by Herbie Hancock, Wayne Shorter and Terence Blanchard. During this time, Romain toured internationally with Hancock and Shorter, shared the stage with Marcus Miller, Jimmy Heath, and Terence Blanchard, and studied with the likes of Larry Goldings, Russell Ferrante, Ron Carter, Charlie Haden, Mulgrew Miller and Wynton Marsalis.
While furthering his career as a leader, Romain co-leads a group with harmonica virtuoso Gregoire Maret, that features guitarist Bill Frisell- the trio recorded Americana (ACT, 2019). Romain has also composed orchestra scores for Anthem and Syria, two mini-documentaries produced by Peace Nobel Prize Laureate Malala Yousafzai and her fund. Other scoring works include various short documentaries for the United Nations Refugee Agency and for the Gates Foundation, Le Bresil par la Cote (five-part feature documentary, 2014), Les Airventuriers (two-part feature documentary, 2015), as well as numerous award-wining short movies. Collin has taught improvisation at the New School of Music in New York, and was invited to teach film scoring at Princeton University as a guest lecturer.

With thanks to our partners Braitwaite and Katz for sending such great artists.