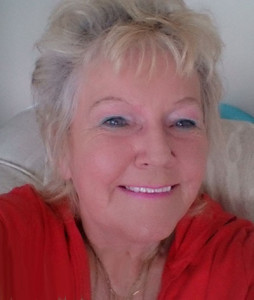 City of New Westminster, BC

Candice James is Poet Laureate of The City of New Westminster, Director of The Royal City Literary Arts Society, a full member of The League of Canadian Poets, Past President of the Federation of British Columbia Writers, Past Director of SpoCan, Past President of Slam Central, creator of the long running events “Poetic Justice” and “Poetry in the Park”. She is the recipient of “Writers International Network’s Distinguished Poet Award 2013”.

Candice has been a featured on radio shows “Wax Poetic”, “World Poetry Café”, and “Storytelling”.  She has also been featured poet, workshop facilitator, keynote speaker, and panelist at many literary events including “Word on the Street”; “Black Dot Cultural Collective”; and “Lit Fest New West”.  Her poems have appeared in a variety of local and international magazines, newspapers, and e-zines.   She has led online forums for WRITERS ETC. based in Los Angeles, CA and has reviewed books and written prefaces for authors and poets internationally.   Candice organizes and hosts National Poetry month for the League of Canadian Poets annually.

TUMBLING DOWN
© 2013 Candice James
Shakespeare said it with quill and ink
And inspiration’s golden link
And the words came tumbling down
In sonnets, verses, plays and prose
In theatres, and travelling minstrel shows
His passion still rages and spills from the page
Onto the glitter of sound sets and stages
Tumbling down….still tumbling down

Mozart said it with notes and keys
In compositions and symphonies
And the music came tumbling down
Illuminating the darkness undressing
Devils, angels and lovers confessing
The agonies and ecstasies
In serenades and rhapsodies
Tumbling down… still tumbling down

Michelangelo said it with paints and brush
Guided by an angel’s touch
And the colours came tumbling down
To halo the Sistine Chapel’s ceiling
With Saints, sinners, and angels kneeling
A masterpiece of holiness
Saving Grace and forgiveness
A vibrant display of man’s genius
Tumbling down….still tumbling down

Writers Musicians, Artists and Sages
Droplets of gold on history’s pages
Tumbling down throughout the ages
Their world of beauty surrounds us still
Created by colours, sounds, ink and quill
Their legacy is a living will
Tumbling down……
Forever tumbling down.