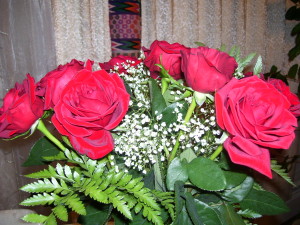 This is the first of several poems  and a special historical video poem by Una
Bruhns to celebrate the life of Nelson Mandela, Father of Peace. 1918-2013. http://www.youtube.com/watch?v=C0qYNPcA3t8
“The poems are posted in the order that they came in. Thank you all for your submissions.

Madiba.
You are an example of courage, forgiveness, and love.
Transcending the boundaries of human existence.
Embodying peace and respect.

Madiba.
As you travel into the heavens You live within all of us ,
blazing a path, a peace beacon for us to follow. 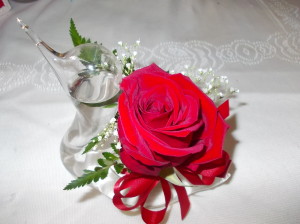 In Loving Memory of Nelson Mandela

In our smiles we have all seen the world’s children raised to open
their arm’s and embrace the future within a glorious freedom.
A light of knowledge you have shed
to help to see us through the days as never-ending dark deceit still
cowering within racism’s rawness as hatred’s blindness has burdened us
too long in this dark time’s age.
If in fervent striving, we have found heart’s fuller destiny beyond all decay.
We need only open up windows
and let our new breeze come to drift in and hope for a brilliant new
dawn to rise that never stops its filling smile.
For sun will sparkle forever its golden glow upon every once darkened soul.
To bring love’s clear message of awakening within all deeper depths,
we will take that bridge across struggles and follow his champion heart! 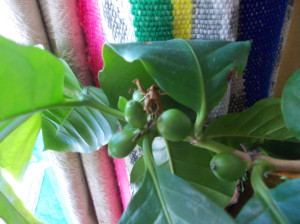 AN ODE TO MADIBA
Madiba!

The personification of Ubuntu-
The spirit of community
And
Of brotherliness

Let the earth
Chorus
His sense of loveliness
And to his sailing soul bid, ‘Fare Thee Well Madiba!’ 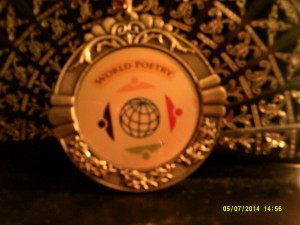 Death has beaten his drum
The dancing step has changed
Death has spoken his words
The melodious song has turn dirge.
Death has drew his rope; taken away our hope
Death has opened the vault,taken away our joy

Oh! See the fall of tears as it roll in our eyes
Hear the mourning cries as it fill our mouths
Africa in mourning
Oh! Africa weep of a great lost,
Death has taken away the eagle
Madiba is gone!
Who to recipe for our fate?
Death; Oh! Death
Who shall pay the debt of this great loss?

Weep not
Oh! Africa weep no more
Ordinary men are born to die once
But Great men are born to make change
Mandela has gone to the journey of no return,
He has left the stage but has left a page
For stories to tell to our children’s children.

Farewell Madiba
You have journeyed on the road of heroes
You have lived a life of courage and wisdom
until death. 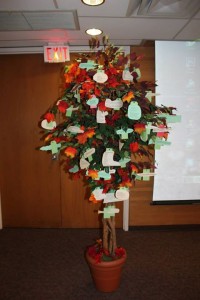 The Birth of the World Poetry Canada International Poetathon began at 7:15 pm, PST, October 23rd 2013 at the New Westminster Public Library
The photo is of the  beautiful Peace Wishes Tree, sent by Una Bruhns.  The tree was also created by Una.
The peace wishes will be going to Iceland for the Peace Tower.
The Poetathon will be on for a whole year and all of you are welcome to join in and blanket the world with peace.
We are hoping that every country, individual, group, association, organization and government will take part.
The only failure is inaction! We will stand up for peace, create peace and help to heal planet.
Please register as an individual or a group with your ideas and projects. More information and forms are below.
Next October, we can look back on the year of the peace initiative and feel good that we stood up for peace.
So many hours of work and special thanks to Saleh Mazumder for his unceasing commitment to the Poetathon.
Thank you all for your wonderful projects and may we blanket the world with peace!
“May Peace be with you.”
I will put events and personal projects on www.worldpoetry.ca as well as a list of partners soon!

Ariadne’s note: Ariadne Sawyer and Israel Mota welcomed the well known poet from San Fernando Valley, California! Also e-poems by Lini Grol and World Poetry Canada International Director Saleh Mazumder. Music by Susan Cogan and Courtney Pine. To hear the show: CLICK HERE! Due to radio station tech problems, only part of the show can be heard. May be able to download a copy and post it. Sorry about the confusion. 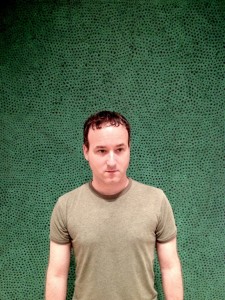 Rick Lupert has been involved in the Los Angeles poetry community since 1990. He served for two years as a co-director of the Valley Contemporary Poets, a non-profit organization which produces readings and publications out of the San Fernando Valley. His poetry has appeared in numerous magazines and literary journals, including The Los Angeles Times, Rattle, Chiron Review, Red Fez, Zuzu’s Petals, Stirring, The Bicycle Review, Caffeine Magazine, Blue Satellite and others. He edited the anthologies Ekphrastia Gone Wild – Poems Inspired by Art, A Poet’s Haggadah: Passover through the Eyes of Poets, and The Night Goes on All Night – Noir Inspired Poetry, and is the author of fifteen collections of poetry: Nothing in New England is New, Death of a Mauve Bat, Sinzibuckwud!, We Put Things In Our Mouths, Paris: It’s The Cheese, I Am My Own Orange County, Mowing Fargo, I’m a Jew. Are You?, Feeding Holy Cats, Stolen Mummies, I’d Like to Bake Your Goods, A Man With No Teeth Serves Us Breakfast (Ain’t Got No Press), Lizard King of the Laundromat, Brendan Constantine is My Kind of Town (Inevitable Press) and Up Liberty’s Skirt (Cassowary Press). He has hosted the long running Cobalt Café reading series in Canoga Park since 1994 and is regularly featured at venues throughout Southern California.

Rick created and maintains the Poetry Super Highway, an online resource and publication for poets. (PoetrySuperHighway.com)

Currently Rick works as a music teacher at synagogues in Southern California and as a graphic and web designer for anyone who would like to help pay his mortgage.

We’ve been rewarding our son with toys
when he’s used the potty so when he runs up
to the strangers at the airport, holds up
his Spiderman motorcycle and says
I got this because I pooped!
it was, Indeed, a reward for all.
Later he asks another three year old
if he can drive the motorcycle on her head.
She says yes, out of professional courtesy.

From Nothing in New England is New