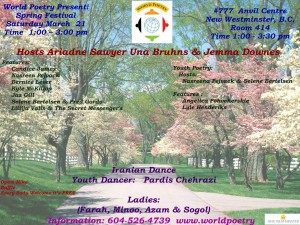 Under the direction of Una Bruhns and the able team of Jemma Downes, Jaz Gill, Selene Bertelsen  and Nasreen Pejvack, this wonderful celebration at the new Anvil Centre, 777 Columbia Street, New Westminster, BC  anvilcentre.com/ in New Westminster, B.C. Canada will present and amazing variety of poetry, music and dance. Display tables and a free raffle will also be there with artists and authors displaying their talents. Create a fat free lollipop poem! World Poetry have a table with space for your books also. Sharon Rowe will also have a book table and bring her special paper flowers.
http://www.amazon.com/Big-Bessie-Stories-Sharon-Rowe/dp/1926457005/ref=sr_1_2?s=books&ie=UTF8&qid=1416163528&sr=1-2&keywords=big+Bessie
A free event for you!

Poster by  the talented Nasreen Pejvack.

Ariadne’s Notes: The World Poetry Café Radio Show with hosts Ariadne Sawyer and Una Bhruns, welcomed the author : Anita Dennis with her fascinating account of life in Africa. Also on the show, an e-poem by Betty Patton for St Patrick’s Day and a call in from Dr.Paul Rowe about an upcoming conference. To hear this wonderful show: CLICK HERE! 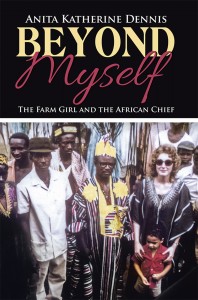 Anita was a white college student in the 1960’s who fell in love with and married her professor, an African
American and the hereditary chief of a tribe in Liberia. For more than 10-years, Dennis and her husband traveled throughout Africa and experienced a side of life that most can only imagine.  Upon her husband’s passing, Dennis penned a memoir of their time together titled “Beyond Myself: The Farm Girl and the African Chief”. She published due to her desire to share her own racial and cultural experiences and create a dialogue that furthers understanding between races and cultures.

Anita Dennis received her BA in sociology, with a minor in anthropology from the
University of Michigan-Flint in 1973. She was not only accepted into her husband’s
Mende tribe in 1972, but she lived in his village for a year in 1983–84 as a lay
missionary. She is the co-author of Slaves to Racism: An Unbroken Chain from America to Liberia, 2009.

To buy the book, go to Amazon.com or Barnes and Noble. Also check out her site with videos on the book.Website: http://www.anitakdennis.com/

“Beyond Myself: The Farm Girl and the African Chief”
By Anita Katherine Dennis
Price $22.95
SBN: 978-1-4908-5955-2 available at: Amazon, WestBow Press and Barnes and Noble online bookstores

Excerpt: Massambolahun, Upcountry Liberia, West Africa, summer, 1973
It was 9 p.m. and pitch black.It was 9 p.m.  I was a 27-year-old, red-headed white
woman sitting in the chief’s chair at the front of an open meeting house.
My husband, Ben, was with grateful elders, so I was taking his place of
honor. In my lap was our 4-year-old son, Bengie, kept awake by the rapid fire
drumming and the roar of rain on the corrugated zinc roof. By the light
of kerosene lanterns, Gbandi dancers gyrated acrobatically up the center
aisle. Men and women on crowded wooden benches stared at me.

Review:
“I love your prose. It is only you that would narrate the intricacies of Gbandi
and Mende life and culture in such a fascinating manner. With your
commanding knowledge of your husband’s people, you weave together an
intriguing account of your lives together. Even readers who are not familiar
with Gbandi and Mende culture will have little problem in understanding
your story. I learned a lot about Dr. Dennis in your book about slavery and
racism, but I got a clearer knowledge of him from Beyond Myself.” 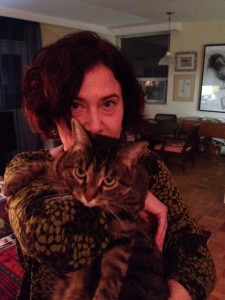