The World Poetry Ambassador AMITA SANGHVI from Oman,  phoned in and hosted from Oman on World Poetry Poetry Cafe, CFRO 1005.FM,  June 13th   2019 ; the poet Ali Mehdi  who was keen on peace and was a poet and a wonderful short story writer.

This is the first in the series of the World Poetry Ambassador whose goal is to introduce poets from Oman to the world . World Poetry Canada International hopes that other W.P.C. ambassadors will do the same in their different countries. Also, at the Vancouver, BC Coop Radio Station were: Ariadne Sawyer, MA, host and producer , host Dr. Diego Bastinutti. super tech, Victor Schwartzman and special volunteer, Sharon Rowe.

Ali Mehdi juggled in many roles as a poet, a columnist and a prolific blogger and writer.  He initiated several blog sites that were very popular among his generation; there sites were:

Ali Mehdi published three collections of his poetry: Rapidly Blue (2002), Wondrous World (2005) and his posthumous book, ‘In the Dimmest of Light’ (2008) and numerous columns and articles on his blog sites, the online edition of the Times of Oman, Oman Daily Observer, The Week and Sultan Qaboos University’s Horizon.

On reading ‘Wondrous World’ I had this initial impression/ reflection on his poems.

Amidst cathartic out-pour of thoughts and wishes, I have found and collected the ‘real gems’, those words and phrases, lyrical images and metaphors, that capture and represent the mindful philosophical Ali.

The jewel collection which I am editing and will soon be published, will contain edited poetry from all his three books, re-edited for impact. The essence of his poetry has its impact in brevity; where each poem hammers and echoes universal feelings and invaluable meaning. These priceless ‘jewels’ I have gathered and edited his poems from across his entire works. Here are a few:

In the eye of Death,

In the eye of Death.

I’m not that kind of a person,

Although I try to be

That kind of man-

To look upon danger,

To move on, again.

Its out of place,

Not so super manly.

In love I stumble,

To be a Superman,

“These are but a glimpse of his heart and mind; his short stories are worth a whole new article that I will come up with in the near future.

To Ali, writing was an integral ingredient of his survival kit.

Ali held a BA with honors, from Luton University in collaboration with Majan University College in Muscat majoring in Business Administration (Tourism).

“I remember Ali as a very gentle, lost in his thoughts kind of a student. He was always good with words and a charmer always!!! I still remember his lovely smile.”

Following this degree, he joined a professional diploma course in Insurance at the College of Banking and Financial Studies but was often interrupted due to illness.

Ali traveled not only in the depths of his soul, but also extensively throughout the World and enjoyed learning from and about other individuals and cultures; this precisely makes him so suitable a poet to be introduced on the WORLD POETRY CANADA Forum as the first voice of Oman, writing poetry in English.

Ali was an amicable, sociable, affable and transparent individual.  He loathed hypocrisy and sought fulfillment in open-minded, down-to-earth and truthful exchange of thoughts and feelings.

Sadly, his soul-searching expeditions had to come to an end when he succumbed to his illness, on his hospital bed on June 21st 2008, among family.

Ali Mehdi left a legacy of a young courageous daring individual and an articulate poet and columnist who sought to reach out with an earnest desire to change the World and reintroduce sincerity and truthfulness in our lives and relationships.  That was his never ending desire and quest.  He touched the lives of many with his openness, sincerity, dedication and noble selflessness.  He kept reminding us of his fighting attributes by often saying that he managed to “snatch success out of the jaws of defeat.”

A poet lives on, forever.

His thoughts and words are universal and at once deeply personal, and this in itself make his poetry so connectable to every soul, every reader.”

Ariadne’s Notes: World Poetry Café went  live for the first time ever to New Westminster, BC, Canada  to celebrate our yearly program In Loving Memory with Ariadne Sawyer and Anita Aguirre Nieveras along  with super tech Victor Schwartzman  at the controls in Vancouver!

Each year World Poetry features a tribute to our World Poetry Lifetime Achievement Award winners who have passed on but are with us in spirit.

LISTEN TO OUR FIRST OFF LOCATION SHOW HERE!

*If anyone has a picture of Shulamit , please send it to me and I will post it.

Shulamit was a valued member of our World Poetry family. She was a mystical poet with a deep and abiding attraction to all things spiritual, believed that  writing poetry was a condition of her birth. Born in Montreal, she lived and wrote in Vancouver, British Columbia. She shared her life with her husband Ray, their dog and cat. She also spent as much time as she could with her daughter Jessica and her grandson Nathaniel. Shulamit was a World Poetry Lifetime Achievement award winner and the organizer and host of the successful reading series, First Tuesday Assembly of Poets held at Chapters in downtown Vancouver. Syllables of Creation was her fourth book of poetry. 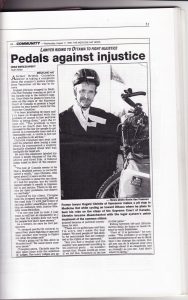 In Loving Memory: World Poetry Lifetime Achievement Award Winner and Crusader for Justice  Dugald Christie. or a special program about the life and work of World Poetry Lifetime Achievement Award Winner poet and lawyer Dugald Christie. Christie often wrote poems about the justice system and presented them to lawyers and judges. One of his published books, A Journey into Justice described his cycling trip to Ottawa, Ontario to burn his robes in protest. It also contains many poems.

Her play, Strength of Indian Women was staged through-out North American and published as in the anthology Two Plays about Residential Schools (along with Larry Loyie). Her work was honoured with inclusion at the Native American Women Playwrights Program, housed at Maima University, in Oxford, Ohio. Her poetry has appeared in various publications, most recently in ROCKSALT: An Anthology of Contemporary B.C. Poetry. Vera was one of the inspirations along with Elder Gabriel Bartelman,  MA lay faculty member for Ariadne for her thesis  and mentor for an upcoming book, Love Poems for the World. 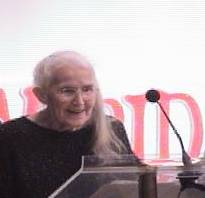 In Loving Memory tribute to World Poetry Lifetime Achievement Award Winner, Madge Kimball of Salt Spring Island.  An amazing pianist and beloved piano teacher as well as a poet, writer and mentor to many. Beloved mother of Ariadne Sawyer and her brother . Cherished wife and the inspiration of Hudson Kimball, Poet and writer. She moved 35 times in her lifetime, in various countries and was well loved by her students. Her Poems appeared in The World Poetry Anthology and other publications. 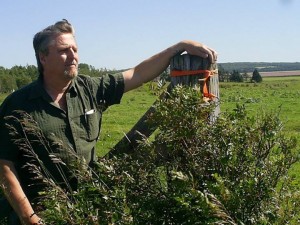 Ariadne’s Notes: It is with great pleasure that we present the World Poetry Mentor and supporter  Chad Norman who helped World Poetry get started years ago. At that time there was no venue for those poets that spoke another language. His support and kindness has helped not only World Poets in Canada and also  World Poetry Canada International  around the world, making a difference in the world.  Thank you Chad!

Chad Norman enjoys the friendly pace of the East Coast.
His poems have appeared in magazines, anthologies,
newspapers, across Canada, as well as literary journals
in the States, England, Scotland, Australia, Japan, Denmark, Israel,                                 &and India.
He has given  poetry workshops to all levels of educational institutions,
and talks on Literacy and celebrating Canadian Poetry, during his   1997 cross Canada  reading tour, Live The Reading Life, sponsored by Via Rail, Keg Steakhouse,Greyhound Bus Lines, as well as many more sponsor each province from  each  province.

Norman has organized The All is Well Mixture, an event held  on occasion over the years in Truro & Vancouver, to showcase national & local authors and musicians.

His most recent book, Masstown, was released in the fall of 2013 from Black Moss press. (University of Windsor, ON).

He is working on  a new collection called Simona,, in order to celebrate
the Truro, NS, SPCA, and the special furry friend they allowed
his family to take home.

Happily he assures us his love of walks is endless.

Bath water, what
turns a man’s skin
red, faster than
his embarrassment.

Once soaking, he is ready,
ready to read a book,
he has read thousands
in the tub, with skin
growing red, and the tub
full now, slowly steaming.

He reads the life of Thomas Hardy.

All the smooth whiteness
exhibits the lone drop,
the lone drinking ant.

No level of this moment is too low.

Ant able to hold on
where the tub’s top slopes down;
holding on, one speck like drop
on the edge of the slope
above the water able to change
what the human fingers
choose to rescue, to interfere with,
leaving the drop simply drank from,
to interfere and injure some part
of the ant’s one innocent leg.