Ariadne’s notes: The World Poetry Café Radio Show with host Ariadne Sawyer welcomed the poet, dancer, actress and soon to be author Sherry Duggal . Also featured was the e-poem by San Francisco poet Clara Hsu with a fascinating performance piece called Kumiss  (fermented mare’s milk a Tuvan drink.”Kumiss” the poem is an ecstatic response to the throat singing, and of course, to the short but fantastic life that of Kongar-ol Ondar.Here is a link to Ondar’s performance: 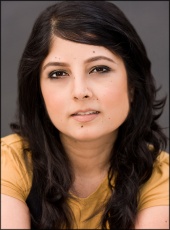 Sherry Duggal is a naturopathic doctor who is now focusing on her creative side. She has written for prominent magazines such as Darpan Magazine and the Canadian Immigrant Magazine, a branch of the Toronto Star. Her other works are performance oriented. Sherry presented her comedy play “Love Therapy” at the Masala Mehndi Masti! festival, the biggest South Asian Festival in North America. One of eight featured writers, her one woman act “Epiphany” was presented as part of the Pull Festival in Vancouver, B.C. She also presented her play “Eve: A Balancing Act” at the Edinburgh Fringe Festival and has also recently performed in New Delhi, India. Sherry was the lead in a feature film called “Plus” and has worked on a number of short films and music videos, while training at various acting studios in Vancouver, B.C. This is her first book, where she combines her passion of the written word with her knowledge of mind/ body medicine.

her eyes
are full of wild abandon
in them
i see
you
and me
she tells us to love ourselves
for who we are
hips, curves
and all that may be

Synopsis: “Beneath The Surface” is an exploration of a healing journey, taking you right into the world of the central character. The five elements tie everything together, giving way to imagery inspired by Chinese Medicine Philosophy. As the protagonist expresses herself through stream of consciousness, emotions come up to the surface. She works through them and they become a part of her being, represented as blood flow. Blood imagery highlights the mind body connection as characters come in and out of her life like figments of her imagination. Underlying all of this is the central question “What is joy?” She starts by focusing on the external, the physical- manifesting as matter. Her mind then takes over. As mind overcomes matter, emotions continue to push her forward in her learning journey where she finally lets go. Mind and matter come together as she realizes that everything she needs is inside of her. Happiness comes from within… and the process continues. 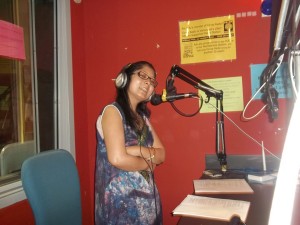