The five core members of Alchemy Sound Project were brought together by the Jazz Composers Orchestra Institute, a program initiated by the American Composers Orchestra and the Center for Jazz Studies at Columbia University to encourage jazz composers to explore writing music for the symphony orchestra. 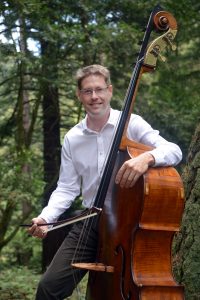 A graduate of Oberlin College and Conservatory of Music (Bachelor of Arts, Bachelor of Music) and The Juilliard School (Master of Music), David held a fellowship for four summers as solo bassist with the Aspen Contemporary Ensemble under director George Tsontakis. Primary double bass mentors include Eugene Levinson, Scott Haigh and Albert Laszlo.

During a career spanning more than 30 years that has taken her from bases in Philadelphia & Boston, to New York & Seattle, Tonooka has been developing a body of work that surprises and delights audiences – quietly piling up accolades from jazz writers and fellow musicians.Her recent activity as a composer includes receiving the Music Alive: New Partnership

In addition to her symphonic and chamber works, jazz recordings and performances, Tonooka has composed over a dozen film scores, including the Academy Award-nominated Family Gathering by Lise Yasui and Daring To Resist by Martha Lubell, aired on PBS. She is also featured in A Note of Hope, released in 2011, a full-length documentary from Citygate Films on the youngest victiims of HIV/AIDS in Africa. She toured West Africa as part of a sextet featuring her musical compadre of two decades, jazz violinist John Blake, Jr. Their recorded output includes A New Beginning: Live at The Village Gate, Kindred Spirits (as a duo), and the Traveler featuring Boris Koslov on bass and Johnathan Blake on drums. As a member of the Rufus Reid Quintent, Tonooka appears on the CD and DVD The Rufus Reid Quintent: Live at the Kennedy Center (Motema). The group appeared at Dizzy’s Club Cocoa Cola at Jazz at Lincoln Center in New York in 2007 for the release performance.

Tonooka’s career has been chronicled on several highly regarded jazz books, including Living the Jazz Life by Royal Stokes, ln The Moment by Francis Davis, and Madame Jazz by Leslie Gourse (all on Oxford University Press). As a professional response to an inherent void within the music industry, Tonooka, along with alto saxophonist Chris Burnett and tenor saxophonist Erica Lindsay, co-founded the Artists Recording Collective (ARC), an internationally recognized brand and professional recording label. She now divides her time between her responsibilities as the Chief, Public Relations Officer for ARC, composing and performing for an increasingly widespread audience of jazz aficionados. In his liner notes to pianist, composer and educator Sumi Tonooka’s fifth CD, Long Ago Today, journalist Russ Musto restated his praise from thirty years ago:”…it has been a pleasure to hear her blossom into one of the most talented musicians of her generation. 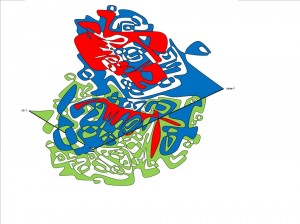 SHOCK ME! SHOCK YOU! That is Doc PenPen’s visual poetry. It burgeons forth as the whole schmear of FoxP2 from nadir to zenith aspects of life aggrandizing with philosophy . A bulwark between bestiality and humanity. A total alleviation and regeneration of humanness. Reasons unabated. Time halts and marks a history in the making of a great man– awarded as ”Father of Philippine Visual Poetry”. Soon, unstoppable, the Final Awarding Ceremony will be in Glendale, California on June 2012.

¿Unique? They say Doc PenPen’s poems are “one of a kind”? The deconstructionists would definitely lay siege to the Machiavellian play of his ” is, Is, IS, ‘s, ITS, its, i!I?¿, ‘ . ” , “:~:” and all his repetitive style. A real transgression. His originality is pure. These may appeal like AGS ( Awful Grammar Syndrome) and egregious to the eyes but in reality, these are broad transcriptions and annotations of hard truth, self, world, and universe where visual phenomena have been integrated. His visual interpretations from spermatozoon to great barrier reef of ideas would untangle the paucity and plethora lifestyle in the society. A premise remain to be questioned. Later, this shall remain unquestioned.

Don’t you want to know what is in his mind? Doc Pen’s visual poems require non-marginalized apprehension. It requires, it carves, it challenges our highest level of human consciousness that had been shaped by our own unique heterogeneous environment and personality—our own distinct world. His poems out-boxed what’s inside the box– penetrates the nephesh state of beingness; At the end —wide range of views about mankind are truly unearthed. One may ask: “But am ‘I’ respected?”.

The anthology of his visual poems cast a wide net over real experiences and his total identity. A valuable talk to carry on. The fifty original and conceptualized crafts provide a view of mysteries—the alchemy of avant-garde. One must not just read it as a verse—one must discover that there is something “new” to “it”?

Nothing is humane but one and who? The artistic pathologist’s fovea and his ”messy explorations” in visual poetry are crenellating to innovation and experimentation that augments genuine discoveries of truths about the realities of human existence. Do our arrogance can be balanced and subdued by truths to make one knees fall into real and true humility? It is not about the famed facet of the artist hands but the gratification through the ”unexpected therapy” for those who thirst and hunger for true, real and compassionate world.

A genre-bending sense of wide-open possibilities though sensed as literature’s dross. The one-man zeitgeist with his bayesian experiments had conquered the metamorphosis of syntax to humane abundance! As expected, this will be subjected to an intriguing interrogations. One would probably say, there is nothing ordinary here. But to one who post a real challenge to reveal the concepts and essence of his poems, I am sure this is what one would say: “he had made ordinary things extraordinary”.

Doc PenPen is not absolutely a Prize-Pulitzer winner visual poet. He is not. Absolutely not. But one thing is sure: his works encompass life and death!

The obliterating distinctions between “purism” and his ”relative truths” are not iconoclastic images and ideas, rather a plot that embraces all—-whatever race, color, status and belief you belong. His visual poems will explicitly and implicitly present concepts of assemblage. The cutting edge of his “healing poems” is the springboard of his innovations— Doc Penpen’s living monument through time. 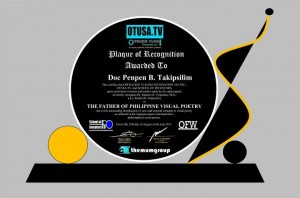 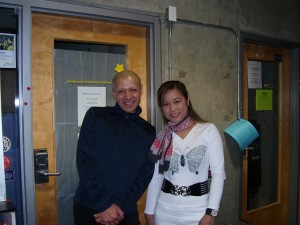 World Poetry was honoured to welcome a talented poet and World Poetry member  Caroline Nazareno to the World Poetry Cafe Radio Show on CFRO.  Guest host Oparin Ortiz and host Ariadne Sawyer  who was doing double duty as a last minute “insta-tech”. To listen to the show which included a visual poem by Doc Pen Pen and e-poems by Alaha Ahrar and Lini Grol, click here.

Bio: Caroline Nazarreno, AKA Ceri, a contessa of her dreams coming to reality, has been reading on World Poetry Night Out New Westminster and a featured poet at Word On The Street. Another ”poetic belt” was counted when her poem ”the song my heart sings” was featured in KIRAZ HABERTRAK Magazine in Turkey, where respected Turkish poets, writers, filmmakers, musicians and literary editors were featured monthly.

Finding her feet, she will also be igniting her broadcasting prowess as a co-anchor of Manny Calpito’s OFW INDUSTRIAL REVOLUTION AND SCHOOL OF INVENTORS-Canada through his Internet Television (OTUSA.TV) at Glendale, California. His philanthropic missions have already reached Philippines, Japan and Hongkong.

She does a lot of volunteering at organizations including TELUS SCIENCE WORLD, Vancouver International Marathon and Richmond Multicultural Concerns Society where she received a Special Recognition of Dedication and Service as a Valuable Volunteer.

The Beginning at the End.

where peace can be

should it just be a theme to write about?
a blockbuster movie to queue up
should i play the role
of a gladiator
a hero
a warrior
a prize fighter
a soldier.

and broadcast a nation address
”now is the total absence”
of combats, of chaos, and bloodshed
does it mean safe and sound?
when my brothers are homeless and dead?

always been a missing piece
it’s nowhere.
the ceasefire
is in the heart
of human race. 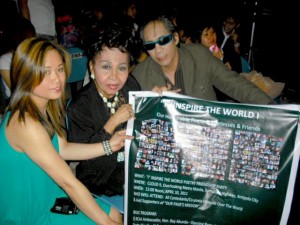