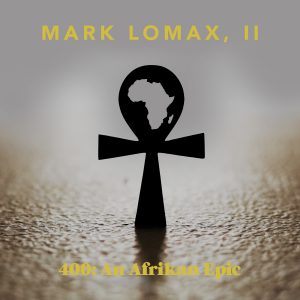 Ariadne’s Notes:  Calling in on February 14, 1:30 pm PST the World Poetry Café, 100.5 FM CFRO was honoured to celebrate Black History Month with Drummer, composer and educator Dr. Mark Lomax, II on his monumental new 12-album project focusing on the 400th anniversary of the transatlantic slave trade. Titled 400: An Afrikan Epic, the project is a landmark exploration of the ancient history, 400-year struggle and inspired future of Black America, depicted in a stunning variety of musical settings. The recording was released on January 23, 2019, Lomax’s 40th birthday, and brings his discography to 40 albums as a leader. The albums feature seven different groups ranging from solo drums to a cello quartet. In embracing the story of the African diaspora, Dr. Lomax has not only created a landmark composition but a living, breathing work of musical storytelling that will continue to grow and evolve. He has adapted the full work into a more compact suite for performance, and has created a curriculum to present the story in classrooms through performance and lectures. He also plans to launch a website called “The 400 Years Project,” which will promote artists throughout the African diaspora who are using their creative abilities to tell this story.

In the interview, Dr. Mark Lomax made the following points which I believe will help to heal and balance the world: This far reaching project using the music of storytelling and has the goal of promoting ecology and coming together in a world that is out of balance.

*Prejudice is a learned behavior passed down through generations
*People are in pain, both those who are prejudiced and those to whom it is directed.
*We need to agree to heal as a human family.
*Healing can become a way of being in the world
*Be polite but do not avoid issues. Sometimes directed anger is a good and positive action.
Source: Host Ariadne Sawyer’s notes from the interview. 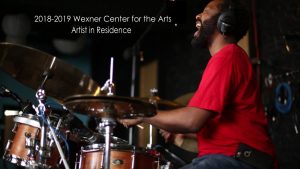 Bio and description:
“ Drummer, composer and educator Dr. Mark Lomax, II on his monumental new 12-album project focusing on the 400th anniversary of the transatlantic slave trade. Titled 400: An Afrikan Epic, the project is a landmark exploration of the ancient history, 400-year struggle and inspired future of Black America, depicted in a stunning variety of musical settings. The recording was released on January 23, 2019, Lomax’s 40th birthday, and brings his discography to 40 albums as a leader. The albums feature seven different groups ranging from solo drums to a cello quartet.
“In 1619, a Dutch ship carrying 20 enslaved Africans landed off the coast of the British colony of Jamestown, Virginia, marking the foundation of slavery in America. To honor those four centuries of struggle, triumph, tragedy and community, drummer, composer, activist and educator Dr. Mark Lomax, II will unveil his monumental new project, 400: An Afrikan Epic on January 23, 2019.
The stunning 12-album cycle traces the epic history of Black America, not only during the 400 years from the beginning of the Transatlantic slave trade but back through thousands of years of history on the African continent and into an optimistic future for the African diaspora. Telling the story in settings as fundamental as the drum, through the visceral improvisation of jazz interplay and the bracing architecture of modern classical composition, the music celebrates the resilience, brilliance, strength, genius, and creativity of a people who continue to endure while offering an inspired view of the future.
400: An Afrikan Epic is the culmination of a lifetime of musical and historical study for Dr. Lomax. The composition of 400: An Afrikan Epic was a passion project undertaken after he experienced resistance to his concepts in college. The seeds for the project had been sown 20 years earlier, with the writing of his first commissioned piece, “Tales of the Black Experience.” An overview of the horrors of slavery, a reimagined version of that work makes up one piece of 400.
The 12-album cycle comprises three suites. The first four albums make up “Alkebulan: The Beginning of Us,” which spans the thousands of years that civilization and music had developed in Africa prior to the encroachment of colonialism. Titled for the original Arabic name for the continent, “Alkebulan” begins with “First Ankhcestor,” featuring a gathering of master percussionists, and continues with “Song of the Dogon,” a tribute to the West African people credited with establishing ancient Nubia and Kemet (the original name of Egypt). “Dance of the Orishas” is inspired by the religion, culture and art of the Yoruba people, while “The Coming” introduces the onset of the slave trade via the words of Daniel Black’s novel of the same name, read by the author.
The bulk of “Alkebulan” features Lomax’s longstanding Quartet, featuring saxophonist Eddie Bayard, pianist William Menefield, and bassist Dean Hulett. Those same collaborators recombine in various trio and duo combinations throughout 400, reflecting the deep relationship they’ve forged over more than 15 years together. “These are the musicians I trust most with my compositions.” Lomax says. “We’ve developed a music and a language that have made me a better musician, and I’m grateful to have them a part of this project.“

The second suite, “Ma’afa: Great Tragedy,” focuses on the 400 years from that fateful day in 1619 until the present moment. The first piece, “Ma’afa,” is envisioned as a ballet that takes place during the 90-day voyage of a slave ship. “I was intrigued by the idea of a ballet set in a place where you’re physically confined but spiritually free,” Lomax says. That piece features the composer’s large group, The Urban Art Ensemble, which teams a traditional string quartet with an improvising trio.

The final suite, “Afro-Futurism: The Return to Uhuru,” envisions the healing and thriving of Black America, and all of humanity, over the next 400 years. “The last stage points to where humanity is headed,” Lomax explains. “It’s about what it means to be a fully optimized human being, collectively as well as with regards to Africans in America who have slavery in their lineage and Africans on the continent who are still dealing with the ramifications of colonialism.” The overwhelming history ends as it began, with the unaccompanied drum.
“My research gave me a cultural and historical context,” he explains, “and the music started to come from the research. This has become my life’s work.”
Dr. Mark Lomax, II, Critically acclaimed composer, recording artist, drummer, activist, and educator Dr. Mark Lomax, II is a Wexner Center for the Arts at the Ohio State University Artist Residency 2018 Award recipient. Dr. Lomax holds a Doctor of Music Arts degree in composition from The Ohio State University. His myriad experiences have allowed him to create a unique blend of styles in his music. Whether he’s interpreting the Negro Spiritual through jazz, arranging gospel music for a symphony orchestra, or performing his original works, his music is relevant, probing, and inspiring. A highly sought-after lecturer, Lomax specializes in the socio-political and spiritual aspects of African-American art, music, race, and the usage of the arts to build community. These ideas are documented in his TED Talk “Activating The Transformative Power Of Trust.” 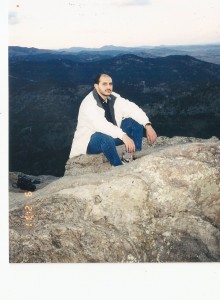 Ariadne’s note: We would like to thank Yaman for the promotion of this site through social media. He has done an amazing job.  Yaman, our greatest thanks!

Since we are all volunteers, it is hard to find the time and the knowledge to do promotion. Also, I would like to thank the thousands of people who have viewed our site. It is a work of love for me and my goal is to make it the best it can be.
If any of you want to be a  feature, become a member or join our various projects for peace and harmony, you are most welcome.
I also would like to thank Heidi Mueller for her help and support in setting up this site and helping whenever needed.

“Yaman is a value-investor, and published poet / author. He’s always been a writer, but poetry dawned upon him suddenly at the beginning of 2011. He found himself rapidly writing poem after poem, till he decided to publish them in one book. He has a Masters in Telecommunications. He’s travelled most of the world. Yaman loves God, above all. He enjoys different kinds of sports and the outdoors, including hiking. His favorite reading subjects are astronomy/cosmology, personal investing, fine poetry, metaphysics, and history. He lives in Richmond, BC- Canada, with his loving, supportive wife, Hunada, two daughters and two sons.”

Why Don’t We Care?

To stroke the hair
Of a little child
To lend a hand
To someone in pain
To listen again and again
To think before we talk
To walk our talk
To feel
To heal
To try our best
To ask ourselves:
Why?
Why can’t we understand?
Why can’t we follow our hearts?
How come we sleep at night
While someone we love
Is suffering, silently?
How can we be together
While someone we love
Is alone!
How can that be?
It’s not about you and me
It’s about what’s inside
That which we hide
So the outside
Remains OK!
We play roles
We deceive no one
But ourselves
We listen to the news
But we can’t hear
The voices
Of our own hearts
Shame on us
Shame on you life!
You don’t deserve
All that strife
You don’t deserve
Any of that
Craziness
You don’t deserve
To lose our loved ones
For you!
But life is not the one
To blame
It’s what we make of it
It’s how we live it
And that’s it… 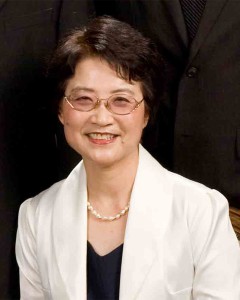 A Brief biography:  Bilingual poet and essayist born in Korea.
Writes about her love for nature and varied human sentiments and yearnings.

To welcome the brighter rainbow,
I got up before the dawn and washed my window.

To see many more stars,
I stayed up late hours and washed my window;
washed very hard like no tomorrow.

Spring, Summer, Autumn, Winter,
then again Spring, Summer……
hopes of mornings and dismays of evenings
opened and closed, and each day repeated,
yet neither brighter rainbow nor more stars I’ve greeted.

Like a half-mute, like a one-legged cripple,
a settler’s ongoing struggle
and time passed by fast nevertheless
until one day finally I knelt down and cried
like a leper in helplessness.

It was then I saw there in the pool of my tears
patches of gray beside my ears.